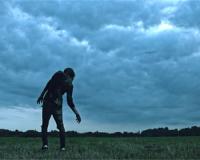 There are many widely available tools, tricks and techniques that will help you spot good businesses that are likely to increase in value.

But do you know how to spot companies that are going bust?

Well if there's one person who does, it's Scott Fearon.

An extremely successful money manager, Scott Fearon has shorted more than 200 companies that eventually ended up at zero. And spotting these failures has helped him earn market-beating results for more than two decades...

Scott Fearon even wrote a book on this topic called Dead Companies Walking. He researched many companies that either failed or experienced significant problems and identified five warning signs to spot a company going bust.

Today I'm going to explain what they are and how you can use them to spot the next company to go belly up.

Zombie stock warning sign #1: They learned only from the recent past

In cyclical industries like oil or commodities, companies with high debt and declining revenues during uptrends will eventually become “dead companies walking”.
During the 1980s oil boom, Fearon worked for Texas Commercial Bank. But the oil boom turned into a bust - Few people didn’t expect the industry to tank as hard as it did.
That experience taught Fearon:  The importance of going back in history, to look at cycles, to better understand and anticipate larger super-cycles.
In fact, since the 2014 oil bust, Forbes reports that 70 energy companies have defaulted on $40 billion in debt and gone bankrupt.
Key takeaway: Don’t just use recent past events or cycles as indicators. Rather go further back in time and analyse cycles throughout different periods.

Zombie stock warning sign #2: They relied too heavily on a formula for success

Fearson warns against companies putting all their faith in a formula, or a particular business strategy, they could overlook external factors or one-time events that could affect a business.
Take the restaurant industry: Companies in this industry rely on fast roll out of stores to boost growth and profits. But this doesn’t always work.
Fearon named Krispy Kreme Doughnuts as a prime example. When Krispy Kreme was expanding, it didn’t open only one store.
It made deals with developers who agreed to open 10 stores and pay the parent company for the supplies. But the problem was, many of the developers could no longer live up to the agreements and went bankrupt, consequently dooming Krispy Kreme.
Key takeaway: Never invest in a company that has a one-dimensional strategy.
Companies that diversify will more likely bring you bigger profits.

Zombie stock warning sign #3: They misread or alienate their customers

Fearon points to an example of clothing retailer JC Penney. In 2012, JC Penny basically got rid of its own customers by increasing their prices, bringing in higher-end merchandise, cutting out certain sizes, and ditching coupons.  In one year, sales dropped 25% or $4 billion.
Key takeaway: New customers are vital to businesses, but it’s even harder keeping them. Make sure you invest in companies that put customers first.

In the years leading up to its bankruptcy, Shaman Pharmaceuticals’ strategy of bringing plants and herbs back from remote Amazonian tribes to create pharmaceutical-grade drugs was a seductive idea.
But in actual fact, the company never produced a single revenue-generating drug.
Key takeaway: Following hype is a sure-bet to losing money. Manias come and go and any companies that have built their success on manias will eventually crash, once the mania is over.

Warning sign #5: They failed to adapt to tectonic shifts in their industries

Do you remember Blockbuster Video?
Well, the company made the mistake of not shifting online.
They failed to realise that more and more people were moving towards online streaming. And when Netflix came into the fray, Blockbuster rapidly lost market share.
By 2010, Blockbuster was bankrupt.
Key takeaway: Make sure you invest in businesses that develop new technologies to keep up to date with emerging trends and advancing technology.
Don’t forget to scrutinize a company’s fundamentals as well as the warning signs
Just remember, not all companies that shows these warnings will crash and burn.
Some may eventually recover.
So it’s important to also make sure you analyse the company’s fundamentals as well as looking out for the five warning signs.
These warning signs will help you spot which businesses are just waiting to fail...
Until next time,