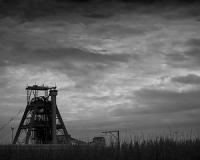 Every year, between 1,500 and 2,000 miners apply for compensation from mining companies for lung diseases like silicosis and tuberculosis.

These diseases are direct a result of the mine workers coming into contact with dangerous chemicals in the mines.

In 2003, the gold mining industry promised that by 2013, there would be no new cases of silicosis among workers exposed for the first time after 2008.

But three years after the 2013 deadline, this promise has proved to be nothing more than hot air.

This means that you need to be careful what mining companies you choose to invest in right now.


Francois Joubert, Portfolio Manager of the South African Investor says, that because of the dangerous mining environment, there’s trouble brewing for these gold mining companies that have put their employees in direct danger of contracting a variety of respiratory infections.

By the 13th of May 2016 a landmark legal decision was made by Phineas Mojapelo, the deputy president of the High Court in Johannesburg.

The target was the gold mining industry and the court has ruled in favour of a class action lawsuit against 32 mining companies representing 82 separate mines.

According to Francois, these gold stock companies are being sued for as much as R54 billion. Nothing like this has ever happened in South Africa before and it will go down in history as the biggest class action lawsuit ever to happen in South Africa.

Be careful what gold miners you’re investing in

In this month's issue of The South African Investor, Francois will show you exactly what shares to avoid at all costs and the four gold stocks that will come out unscathed.