How Anglo's big plan will boost our resource sector 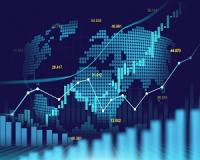 This was mainly due to the ever-rising resource stocks, which make up a big percentage and weight of the JSE Top 40.

In fact, my Red Hot Storm Traders have managed to bank over 200% gains on six winning resource stocks this year alone.

If you missed this first quarter of profits, you have nothing to worry about.

Looking at the above weekly JSE Resource index chart, there has been a strong Cup and handle buying pattern forming since April 2015 up until February 2019.
A Cup and handle is a pattern which is characterised by two rounding bottoms.  A big rounding bottom (cup) followed by a small rounding bottom (handle).
Since April 2015, the JSE-RES index has kept bumping on a horizontal level called a brim level.
On 25 February 2019, the price finally broke above the brim level which showed that there was more buying power than selling power.
If we calculate the difference between the high and the low price, of the Cup and handle, and we add it to the brim price level – we'll get the first target we can expect the JSE-RES price to rise to.
Target = (Brim level - Low) + Brim level
= (45.79 - 23.55) + 45.79
= 68.03
This means we can expect the JSE-RES index to rise to 68.03.
This is great news for you because, we can expect two things.
First we can expect Anglo American’s price to rally which gives us a no brainer profit opportunity, due to the positive correlation I mentioned earlier. And second, we can also expect the other top resource companies listed on the JSE to rise as well.
I'm talking about trading opportunities such as, BHP Billiton, Kumba, Exxaro, Sasol and others.
If you'd like to take advantage of the resource rally and never miss a profit opportunity, then why not try my Red Hot Storm Trader service on a 90 day risk-free trial.
“Wisdom yields Wealth”

Timon Rossolimos,
Analyst, Red Hot Storm Trader
P.S: Would you like a full analysis on one of your trade or investing positions?
You can email me your question at timon@fsp.co.za and you'll stand a chance to be featured in one of the Trading Tips articles on Monday or Wednesday.

How Anglo's big plan will boost our resource sector
Rate this article
Note: 4.5 of 4 votes