How “Diworsification” could cost you your entire investment 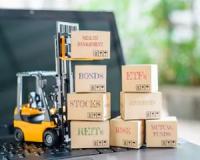 In the 1980s, one of the greatest mutual fund managers of all time, Peter Lynch, published a number one best seller - One Up on Wall Street.

This book explains the advantages that average investors have over professionals and how they can use these advantages to achieve financial success.

Over the years, One Up on Wall Street has become one of the most famous investment guides with more than a million copies sold. It's boosted countless investors' careers and made many a fortune.

But I'm not here to give you a book review. I want to talk about a famous concept Peter Lynch shared in One Up on Wall Street.

It's called…
________________________________________
Discover: 103% gains on the table for savvy investors, thanks to this 15 June announcement. Here’s why…
________________________________________
“Diworsification”…
And it’s something Peter Lynch recommends every investor should avoid when buying a stock.
“Diworsification” is when a business over-diversifies or diversifies into non-profitable areas.
This isn’t only negative for shareholders, but also derails the company’s focus from its core products.
It’s hurt many big name businesses in the past and caused exponential losses. And worst of all, investors who fail to identify “diworsification” could end up losing their entire investment.
Let me explain…
How “diworsification” wiped out millions from US companies
Diworsification lesson #1: Recognise the shift in modern day technology
Innovative tech company Digital Equipment Corporation (DEC) controlled the minicomputer market from the mid-1960s until the early 1990s. DEC became extremely successful for their low-priced products, but it failed to recognise the shift in advancing technology in operating systems.
The problem: DEC failed to enter the workstation and PC markets quickly. When it finally did, fast-growing and innovative companies like Hewlett-Packard and IBM gained massive market share in this area with better products. Between 1991 and 1996, DEC lost money every year except for one, including more than $2 billion in 1992 and 1994.
Diworsification lesson #2: Stick to the core business strategy
In the mid-20th century, Consumer electronics manufacturer Radio Corporation of America (RCA) was the first company to sell electronic televisions to the mass market.
It was regarded as one of the most innovative companies of the 20th century. But in the 1960s and 1970s, the company began to diversify away from its traditional business into ones they knew nothing about.
RCA acquired a car rental company, Hertz and a frozen food maker, Banquet. These acquisitions were unsuccessful, and by the time RCA finally decided to stick with what it knew best, consumer electronics, it was too late. The company effectively became “divorced” from its core business.
By the 1980’s, RCA had to compete with Asian manufacturers that made cheaper consumer electronics goods. The company was eventually sold to General Electric Co. in 1986.
________________________________________

________________________________________
Diworsification lesson #3: “Invest in what you know” – Peter Lynch
In 2007, a start-up called Pure Digital Technologies started selling camcorders for digital video (called Flip Video) in the market.
Over the next two years they sold more than two million of them, and introduced a smaller version called the Flip Video Mini, which caught the attention of NASDAQ listed Cisco who acquired the start-up for $590 million.
The problem: Cisco core business involved designing, manufacturing and selling Internet Protocol (IP) networking products to the IT industry – Not operating in the digital video market. And in 2011, with the arrival of newer technology like smartphones, the Flip Video flopped and Cisco took a $300 million loss.
To sum up – What you can take away from these examples is never invest in companies that:
• Don’t invest in what they know
• Don’t stick to their core business strategy
• Don’t recognise growing and advancing technology
See you next week.

How “Diworsification” could cost you your entire investment
Rate this article
Note: 4.5 of 2 votes