How every investor can avoid the “Disposition Effect” 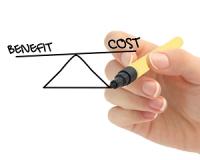 Put yourself in this situation…

You have R20,000 to invest. You decide to buy a stable growth company and an undervalued share with explosive potential.

In six months' time, the stable growth company is up 50%, while your bargain buy is down 20%.

Now a 50% return in 6 months' from just one stock sounds incredible - That's R5,000 in your pocket for doing nothing. You decide you don't want to lose it, so you bank that 50% return.

Now you believe that if you just hold onto your bargain buy, its share price will eventually soar.

One month passes and your bargain buy is now down 40%. But again, you think by just holding it for a little longer, things will change and you'll bank profits.

What you just experienced is called the “disposition effect” and in fact, it's one of biggest challenges almost every investor faces.

Today I'm going to show you how you can avoid it…

History proves the “Disposition effect” is a real investor challenge

In 1998, in a study called The Behaviour of Individual Investors, two US Finance Professors Brad Barber and Terrance O'Dean, analysed the trading activity over the 1987 to 1993 period of 10,000 households with accounts at a large discount brokerage firm.
They found, when an investor sells shares, he has a greater tendency to sell shares of a stock that has risen in value since purchase rather than one that has fallen in value. And the worst part, investors will bank their winners at about a 50% higher rate than their losses.
Five years later, a similar study took pace to prove the “disposition effect” was a real investor challenge. Two US Professors Mark Grinblatt and Matti Keloharju examined the disposition effect using the trading records for virtually all Finnish investors during 1995 and 1996.
They found that investors have a tendency to hold onto losers. Compared to a stock with a capital gain, a stock with a capital loss of up to 30% is 21% less likely to be sold; A stock with a capital loss in excess of 30% is 32% less likely to be sold.
And, stocks with high past returns or trading near their monthly high are more likely to be sold
So why do investors tend to suffer from the “disposition effect”?

Investor emotions - The main driver behind the disposition effect

Firstly, investors are influenced by emotions. Your emotions play a huge role in how you invest and what you invest in.
For example, you may hold onto a company that resonates emotionally with you, even if you’re losing money - Despite its profits, debt, cash flow etc. But this could easily further your losses.
Another way emotions influence the disposition effect is, if most of your shares are in positive territory, you’re more likely to want to cash in the returns as quick as possible – Just in case you lose out.
While you’re more likely to hold out on your losers, just in case they bounce back.
Secondly, investors have a limited amount of attention that they can devote to investing. Directing too little attention to important information can result in a delayed reaction to important information. But devoting too much attention to information can lead to an overreaction. This can lead to pointless buying and selling.

How every investor can avoid the “disposition effect”

Simply, the “disposition effect” is another term for “selling your winners and holding your losses.”
So with the JSE suffering from extreme volatility, shares are moving sideways and some even crashing fast, now’s not the time to panic and sell your winners.
1. Don’t sell stocks without a very good reason
Price declines are not a good reason. When a stock’s price declines, you can buy more at a better price.
But always make sure the underlying business and more importantly, your investment case is still the same.
2. Always have an exit strategy
A trailing stop loss is the ultimate way to not only protect your portfolio from major crashes in the stock market, but also to protect the gains you’ve already received. Usually a 25% stop loss is appropriate for long-term investors.
3. Do nothing
Warren Buffett’s right-hand-man Charlie Munger is known for his strategy of “doing-nothing” – It involves buying profitable long-term companies with a strong brand value and ignoring what the media says in times of crisis. By doing this, you won’t panic and sell your stocks in an instant.
Until next time,

How every investor can avoid the “Disposition Effect”
Rate this article
Note: 4.25 of 6 votes