How “going electric” could cause the next oil crisis 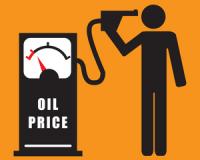 In 1973, Egypt and Syria launched an attack on Israel.

During this war, Israel was supported by its close ally, the US.

In response to US support, the Organisation of Arab Petroleum Exporting Countries (OPEC), who control much of the world's oil market, implemented an oil embargo against the US and its allies.

Consequently, the price of oil soared from $3 a barrel to $12 a barrel.

Then in 1979, the second oil crisis happen. It was during the Iranian Revolution. Global oil supply decreased only 4%, while oil output in the US declined.

Even though supply decreased a little, it still caused widespread panic and consequently the oil price doubled to $39.50 a barrel. It wasn't until the mid-80s, that the oil market begun to stabilise again.

There are signs that a third oil crisis could happen soon.

You see, the introduction of electric-powered cars has gained popularity throughout the world.

And the fast pace growth of electric cars could threaten the oil market and cause this third oil crisis.

Catalyst #1: Double-digit sales growth of electric cars over the next decade

An oil crisis could happen in next five to eight years What makes electric cars attractive is, they’re environment-friendly.
If electric car prices fell, more people would cut reliance on petrol-powered cars and consequently reduce the need for oil.
These two catalysts have the potential to start an oil crisis.
One thing is certain: Whenever the oil crash comes, it will be only the beginning. Every year that follows will bring more electric cars to the road, and less demand for oil.
Now the question I want to answer is…

Can South African Investors make money from the fast-pace growth of electric cars?

Firstly, aluminium plays an essential role in the development of electric cars. For example: Tesla uses aluminium to make parts of their electric cars.
Companies that produce or supply aluminium could see their profits soar as the electric car boom takes off and demand rises.
The good news is, I’ve found a tiny aluminium company that provides Tesla with an essential component for its model S cars.
The aluminium component is called a battery box base plate. It’s made from a ‘6061’ alloy that is built to withstand weight and heat.
A heat-treatment process is key to the component’s strength that makes it bullet-proof and fire-proof. What’s more, the weight of the piece is only 60kgs, even though it makes up the entire bottom of the car.
And what makes this tiny company so unique is, it’s the sole supplier of the base plate, and every Tesla ever built has its component inside of it.
In fact, no other company has come close to meeting Tesla’s specifications. “As far as we know, they have been testing components with suppliers around the world, but as yet no-one has been able to match the technical specification criteria they require.”
This company is the ONLY company capable of manufacturing this component to Tesla’s specifications. And with the fast-pace growth of Tesla’s electric cars, this tiny aluminium business is set to magnify its profits over the next two years.
Until next time,
Always remember, knowledge brings you wealth,

Joshua Benton, Real Wealth
P.S. If you would to discover who this tiny aluminium company, do yourself a favour and check out Real Wealth

How “going electric” could cause the next oil crisis
Rate this article
Note: 5 of 1 vote