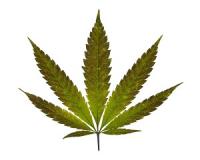 That's if you combine its contributions from whisky exports and tourism!

Now what if I told you Africa could soon get a very big boost to its economies on the same scale as Scotch to Scotland… Most probably even bigger!

What am I talking about?

You see, according to the latest estimates, the cannabis market will grow from being worth only $10 billion in 2018 to around $40 billion by 2023!

And consulting company, Prohibition Partners estimates the South African domestic market for CBD products will be worth R27 billion by 2023 as well!

While cannabis might have been a bit of a buzzword five years ago - this billion-dollar industry is now ripe for the picking!

While cannabis might have been a bit of a buzzword five years ago - this billion-dollar industry is now ripe for the picking!

And I've uncovered three JSE listed companies who could potentially profit from this billion-dollar industry…
________________________________________
EXCITED to make money in 2021 but have no idea how to start? Professional trader of 19 years has the secret…
________________________________________
Three JSE stocks in the cannabis sector
#1 – A liquor giant turns to cannabis for growth
Distell has been the dominant force in the South African liquor industry for decades.
But the company announced it took a 20% stake in cannabis wellness business Rethink in January 2021.
Distell’s investment gives it access to Rethink’s brand and product range, which includes oils, capsules and teas made from cannabidiol (CBD).
Distell has however confirmed the 20% investment is immaterial to the company’s total size. So, the growth potential from Cannabis will be diluted amongst all of Distell’s other businesses.
#2 – One of SA’s first black owned investment companies just completed an investment in CBD
Labat is a local black owned and managed Investment holding company and was founded and incorporated in 1995 by Brian van Rooyen and Victor Labat and listed on the JSE in 1999 as one of the first listed BEE companies.
During December 2020 Labat announced it invested in Cannafrica – and it plans to roll out 40 of these stores by end of 2021.
Labat also announced it paid R1.8 million for Ace Genetics, a Western Cape based company that is doing research and cultivation of more than 100 strains and sub-strains of cannabis – with US, Canadian and European customers procuring seeds and cuttings from it.
#3 – A pure CBD investment opportunity
This is a R137 million JSE listed penny stock. And when I say penny stock I mean it – the company trades at a share price of 1c.
its one of my favourite stocks for 2021…
You see it just secured supply agreements for its CBD products to both Asia and Europe to the value of around R1.7 billion in the next two years. This is massive – especially since the company only reported R40 billion in revenue back in February 2020!’
You can get the full details of this cannabis penny stock plus four others absolutely free but you need to hurry… these stock prices are moving quickly.
Here’s to unleashing real value
Francois Joubert
Editor, Red Hot Penny Shares
P.S. Claim a free copy of my five top penny stock picks for 2021.
Tags: francois joubert, investing, cannabis, 2021, shares,