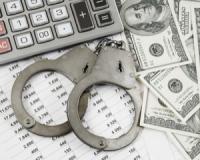 It came as a shock to most investors when the Steinhoff scandal was exposed in December 2017.

Some of the biggest investment funds in Africa got hit, including the Public Investment Corporation.

How you can avoid becoming a victim of the next ‘investment fraud' like Steinhoff
Rate this article
Note: 5 of 1 vote