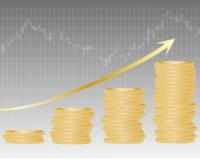 It was Old Mutual. And while Old Mutual was a massive company, the 2008 financial crisis decimated it, and the share became a ‘penny stock'.

I bought my first shares in the company for 603c, with the money I made from vacation work as a student at the mine I had a bursary with. I bought 990 shares with around R6,000.

I sold my shares - pocketing what seemed a small fortune at the time - R14,400 and odd change after brokerage.

And suddenly - I had enough capital to invest in three separate shares.

That was the start of my working day and night on a new investment strategy.

I would invest in three to five shares at a time. None of them were blue chips - or the so called “Safe” shares on the JSE… But all of them had the potential for 30%, 50% or 100% gains within a year or two.

All of them would beat the ‘market average' that so many advisors tell you to settle for.

But I would not settle…
Recommended: Double your Money on one of these shares in just 24 months!
What do all these Double Your Money shares have in common? These are all the shares my Red Hot Penny Shares readers made more than 100% gains on since 2010.
On average you could’ve made 154% gains in less than 2 years on 14 shares.
If you were content with the JSE average – you’d have made a comfortable 13.32%, a  year. Not bad. But certainly not life changing…
So, if you look at this list of shares that have made triple digit gains in lighting quick times, what sets them apart?
Three things that these 100%+ shares have in common
Discover how to: "Make your first million from the crypto revolution!”
And then the share prices POP!
If you’re not in before then – you’ll miss out on the ride. But to get in early means holding on to these shares for a nerve wracking but lucrative ride.
I’ve just compiled my playbook for 2018. It currently includes four shares with the potential to run up rapidly – and easily double your money if things happen as I believe they will…
Here’s to unleashing real value

Francois Joubert
Red Hot Penny Shares
P.S. You can claim a free copy of my ‘Double your Money’ Stock Playbook for 2018 right now. But you must act fast, it’s only available until 21 October 2017.

I believe this is the only way to make big money from the stock market
Rate this article
Note: 4.63 of 4 votes