If inflation is back, here's what you need to know… 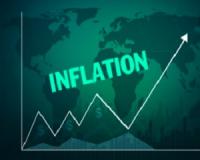 US inflation just hit a 30 year high. And the US is not the only country experiencing rising prices. The EU, as well as the UK, have also seen the price of goods and services rising.

There are many reasons for this: Supply chains were disrupted by the pandemic; oil prices are high; demand has increased due to stimulus; wages are rising… the list goes on.

But the big question every investor should be asking is: Is this a temporary phenomenon or are we seeing a long-term increase in average inflation?
________________________________________
"Perfect Retirement Income Accelerator" Lets You Skip High-Risk Investments
If you’re retired, approaching retirement or seeking early retirement…
And worried you don’t have enough saved…
Then you’ll want to pay VERY close attention to this short message.
Because today, I’m going to show you how to claim your FREE copy of my 2022 report, The Perfect Retirement Income Accelerator.
Find out why I would give you a copy for free here?
________________________________________
Reasons to believe higher inflation is a temporary phenomenon
Global supply chains are in a mess right now. Shipping companies were simply unprepared for the sharp rise in demand after last year. The US-China trade war and the UK exit from the EU has introduced new regulatory hurdles to trade. All this means that, as we enter the 2021 Christmas season, there are quite a few unexpected bottle necks reducing the availability of products and therefore pushing up prices.
I would expect this to be sorted relatively soon. Perhaps not in time for this Christmas, but almost certainly before the next.
Another temporary factor is the stimulus checks that were sent out in the US as well as measures taken in other countries, such as the furlough policy in the UK. These policies effectively put more cash in the hands of ordinary people and likely resulted in higher demand and prices. We’ve already begun to see most of these policies end.
Finally, most central banks globally employed extraordinary measures to boost demand during the worst of the pandemic. Very low interest rates (in particular) but also extreme measures such as asset purchases were used as a tool to stabilise the financial system. These are also starting to come to an end. Interest rates are likely to rise to more “normal” levels over the next year or so.
Reasons to believe higher inflation might be permanent
The emergence of China as the world's “factory” has had a depressing effect on prices for the last three decades. The reason that smartphones, electronics, clothing etc. are so affordable is largely thanks to cheap Chinese labour. If those same goods had to be produced elsewhere, they would likely be much more expensive.
The era of cheap Chinese labour is ending. Firstly, the country is getting richer, and its workers are understandably demanding higher wages. More importantly, there are going to be fewer Chinese workers in the future. China has one of the fastest aging populations in the world. The one child policy has meant the country isn’t producing enough young people. It is quite possible China’s dwindling workforce and increasing retired population will mean the country will become a net importer in the very near future.
Another concern is the fact that rising government debt means central banks may not be able to act forcefully to stop inflation. Since the start of the pandemic, Government debt has risen sharply around the world. This debt needs to be serviced. That means interest must be paid on the loans. Since interest rates are low, interest payments are low. But if central banks were to raise interest rates to fight inflation this would change.
A 1% rise in inflation would cost the US government another $300 billion every year in interest payments. If the US were to raise rates to 1980 levels to fight inflation, it would take more than the entire government budget just to pay the interest on its debt.
________________________________________
The Five Best Small Cap Stocks in South Africa
"I'll Show You What to Buy, What to Sell, and Exactly HOW to Do It with Less than R10,000"
I'm here today for a very important reason.
There has never in the history of our stock market – been a better buying opportunity than what we're seeing right now.
In the next decade, we're going to see an extraordinary "transformation" in the economy that will affect how we live, work, and play.
• Those companies who become more automated, will be more profitable.
• Companies that adopt new technologies will lead markets
• And if we understand and play these trends, we will profit too.
If you have an extra R10,000... R50,000... R100,000...
Now is your chance to lock in the next generation of stocks that could make you money forever.
________________________________________
So, what can you do?
No one knows for certain if inflation will be temporary or permanent. I certainly cannot tell you with total confidence. However, I think there is enough evidence to at least entertain the idea that inflation is here to stay.
If this is the case, there are a few things you can do to protect your investment:
1. Buy companies that can increase their prices.
2. Avoid holding cash. The buying power of cash will be destroyed by a persistently high inflation rate.
3. Avoid growth stocks and instead look for reasonably priced value stocks. You’re looking for companies that make money today, rather than companies that promise to make money in the future.
If you’re interested in maximizing your returns while minimizing your risk, as inflation returns to the world, you can organise an obligation free consultation with a Rand Swiss wealth manager. They’ll assess your current portfolio and investment strategy and discuss ways to improve your investment selection to achieve your desired goals.
All you need to do is email your name and phone number to support@randswiss.com with the promo code VALUE21 and a representative will call you to arrange your appointment. Rand Swiss is currently rated the top securities broker in South Africa.
Have a wonderful weekend!
Viv Govender,
Senior Analyst, Rand Swiss
Tags: viv govender, investing, inflation, economy,

If inflation is back, here's what you need to know…
Rate this article
Note: 5 of 1 vote