If you bought Lifecare Health two weeks ago, you'd be up 27% - Two to buy and one to sell 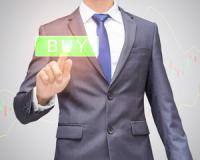 Global markets are watching developments around the French elections for direction. Once again, a far-right candidate, with radical views is the underdog and has the potential to create a shock to the status quo.

Emmanuel Marcon is leading Marine Le Pen after the first round, both candidates have offered to hold referendums on remaining part of the European Union.

The US earnings season kicks off this week and it will be key to market sentiment, a continued improvement in US growth and company earnings is expected.

Our market traded lower last week as the Easter break provided some respite to the heightened political rumblings and the Rand managed to recover some of it recent weakness. The All Share fell 2,5%, Resources were hit hardest, but selling pressure was felt in all sectors; Industrials fell 2% and Financials 1,3%.

Gold stocks fell sharply; Sibanye which announced its intention to raise approximately $2bn was down 16% followed by Harmony (15,6%) and DRD Gold down 8,7%. On the Positive side, Life Healthcare rebounded by 6.6% to R27,72 followed by Coronation up 6,3% and PSG up 3,7%.

The Rand is tracking stronger on foreign inflows into emerging markets and SA Trade figures are due this week; consensus expectations are for a R7bn surplus.

What to invest in this week? Here are 2 Top Stocks to Buy Right Now

Production is up 31%, Buy this stock on support

Kumba is known for being a volatile trading stock. Its moved from below R120 to above R220 in the last 6 months and is now back to R175.  Key to its prospects is the Iron Ore Price, which has also retraced somewhat.
Operationally, production is back on track, cost cutting and “right-sizing” projects appear to have yield the desired results. Provided Iron Ore prices stabilise between $60 and $70, punters can Buy on support.

If you bought  Lifecare Health two weeks ago when it popped upon our radar, you’d be up 27%

Our long position on Life Healthcare is performing well, continue to hold and look to take profit at around R32 (another massive gain: 27% in 2 weeks!)

On 10 April, we suggested you Buy PSG shares at R225 ahead of their results. The stock has already rallied 16% to close at R262. The Group’s results were released on 19 April and as we expected they were very strong. This sets a new base from which to deliver growth and in the longer term we remain positive on the company. However, the R270 level has been a resistance area in the past, so lock in half your profits at R268 and place the balance of your trading position in the market at R285.
Director of Prodigy Asset Management
Guy@prodigyam.co.za

If you bought Lifecare Health two weeks ago, you'd be up 27% - Two to buy and one to sell
Rate this article
Note: 5 of 1 vote