Is Japan becoming the next Turkey? 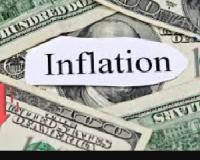 For younger readers it might be hard to understand what a big deal Japan was before the 1990s. This relatively small country, devastated by WW2, rose like a phoenix from the ashes and became the world's second largest economy, in little over a single generation.

If you were to ask people in 1990 what Japan's future would hold, most would have told you it was set to become the next global superpower. Instead, the country entered a three-decade long period of stagnation.

There are many explanations why this happened, but most people attribute it to demographic issues. Japan is the “oldest” country in the world, with over one quarter of its population being over the age of 65.

The economic slowdown, combined with its elderly population, has also contributed to Japan becoming the world’s most indebted country. The US may have the biggest debt in absolute terms, but if you were to compare debt-to-GDP, Japan comes out way ahead. It owes over 2.5 times its entire annual GDP.

As you can imagine, with so much debt, the last thing the country would want is for interest rates to rise. It would make the cost of servicing this debt much higher. So, the country has pursued a “yield capping” policy. This means the Japanese central bank, the Bank of Japan or BOJ, tries very hard to make sure interest rates don’t rise. It aims to keep the yield on a 10 Japanese government bond at just 0.25%.

Targeting yield (rather than inflation like most other central banks) worked very well when global interest rates were low. But, as you know if you follow MoneyMorning, that is no longer the case.

And, while the US Federal Reserve may be leading the way currently, the rest of the globe will soon follow with higher interest rates. Unfortunately, the BOJ has (until now) refused to change its policy.  Maybe it’s fairer to say, they cannot change their policy.

But as we’ve seen previously, with countries like Turkey, when the government refuses to raise interest rates, its currency weakens. As interest rates rise, and the BOJ effectively sits on the side-lines with its hands tied, the Japanese yen has weakened by about 30% over the last year and a bit. This will eventually result in a spike in Japanese inflation, which will largely force some action from the BOJ. Unfortunately, like I have already told you, they simply cannot afford higher rates.

Read: When global markets are crashing, what should you do?

Sounds like Japan is in a pickle, but what does it all mean?

We have already seen significant signs of stress in this market. More than the falling yen, we are currently seeing tens of billions of USD dollars exiting Japanese markets every day. The Bank of Japan was recently forced to intervene, just to stop its bond market from seizing up. It had to inject $81 billion US dollars just to protect its yield cap.

As you can imagine, even the world’s third largest economy can’t keep spending this amount of money indefinitely. If the BOJ breaks, the repercussions would be impossible to predict, but the consequences would be widespread to say the least.

I am not trying to be overly pessimistic or terrify you, but the global economy was dealt a significant blow with Covid-19. The initial hammer strike was quickly patched by central banks, but the damage was severe. The cracks are now spreading throughout the global economy.

You could argue the war in Russia traces its roots to the pandemic. The supply chain disruptions, the rising food prices, and the civil unrest are all intricately linked. A spider’s web of minute fractures is spreading outwards from that initial blow.

Governments and central banks have been scrambling to control the narrative, but the fact is the world is in bad shape right now. I’ve been sounding the warning bell over and over again.

Equities are already in a bear market, and if we see the world’s third largest economy facing a real financial crisis, it could get a lot worse before it gets better.

Breaking:  This could be South Africa’s #1 Wealth Building Strategy

So, what can you do right now?

Of course, every portfolio, and every client, is different. The contrarian in me says perhaps you shouldn’t waste a good crisis. If you’ve got the stomach for it, increasing risk exposure now, could just be the craziest, but best move you’ve made in a while.

But if this becomes a true global meltdown, a continuation of the flight to safety would be expected. And, in the current world, that means just one thing. It means buying US dollars. It’s still the world’s reserve currency and has been performing significantly better than other developed market alternatives.

Rising US interest rates also means that you can finally get a decent return on US dollar deposits.

Is Japan becoming the next Turkey?
Rate this article
Note: 4.75 of 2 votes