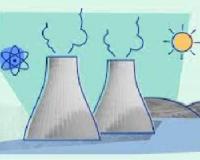 You see, on Wednesday 6 July 2022, the European Parliament voted to back a proposal that labels natural gas and nuclear energy as "green".

This comes at a time where the EU is experiencing a severe energy crunch.

In fact, things are so bad that some EU countries have re-started coal power plants.

But of course, there's strong opposition from many lawmakers and environmentalists decrying the plan as "greenwashing".

Is Nuclear Power “Greenwashing”?
Rate this article
Note: 5 of 1 vote