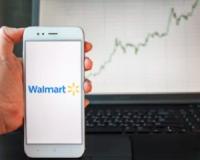 The rise of the World Wide Web turned the world of shopping on its head.

One company that cashed in massively was the USA's Amazon.com.

This company is now the biggest eCommerce retailer in the world. And, in spite of Covid-19, lockdowns and (in case you've forgotten) a simmering trade war between the US and China, Amazon's share price has just reached all-time highs.

When looking east, China's eCommerce conglomerate, Alibaba, seems to be gaining momentum as well. Their revenue has increased exponentially over the past few years. In 2019 they earned a whopping $56bn.

Shifting focus back home, South Africa's Takealot, Naspers' version of Amazon and Alibaba, managed to grow revenue 25% last year. This comes alongside a 25% increase in profitability for FY 2019.

It seems clear to me; online retail is the place to be!

Looking at the monolithic success of the companies above, you might wonder if it's too late to cash in. I believe there is one other company which has the muscle, and the will, to dominate the global eCommerce sphere.

This company has lagged its competitors in recent years, but I believe that's about to change.

Since their doors officially opened in 1969, this company grew into one of the largest brick-and-mortar retailers in history. To put their size into perspective, they generate revenues equal to the GDP of the world's 23rd largest economy.
________________________________________
Here's how you too could bank fast gains of  R5,190, R2,517 or even R1,141  from the smallest market movements - up or down
Don't miss your chance to try out South Africa's top financial local trading service for 3 months, totally RISK-FREE
In this letter you'll discover how you can use a little-known investment strategy to make fast and effortless gains of R1,141 – R5,190 every few weeks.
In fact, I'm so sure that you'll make these gains from the thrilling world of financial trading that I'd like to offer you the opportunity to receive 3 whole months of profit-making alerts totally RISK-FREE and without obligation.
________________________________________
Who is this company?
This golden egg producer is Walmart.
Each week Walmart serves over 265 million customers who visit approximately 11,500 of their stores.
During FY 2020, Walmart generated total revenues of $524.0 billion, with net sales of $519.9 billion.
Walmart’s eCommerce journey has been an interesting one.
They slowly began exploring online retail twenty years ago, and now have eCommerce websites under 56 banners in 27 countries.
In 2007, leveraging their physical store footprint, walmart.com launched its Site-to-Store service, enabling customers to make a purchase online and pick up merchandise in stores. At the time this was seen as the key for future successes in online retailing.
From 2016 onwards, they made several eCommerce acquisitions which further enabled them to leverage technology, talent and expertise, as well as incubate digitally native brands and expand their offering on walmart.com and in stores.
In 2017, walmart.com launched free two-day shipping. It also created Store No 8, a technology incubator with a focus to drive eCommerce innovation.
Then in fiscal 2019, they delivered a game changer for their eCommerce initiative. They bought a majority stake of Flipkart, the Indian-based eCommerce marketplace. It’s likely, given the demographics on the sub-continent, this will prove to be one of the most profitable moves for the company yet.
In 2020, NextDay Delivery was launched to more than 75 percent of their US customers. This came along with Delivery Unlimited from 1,600 locations in the U.S. and expanded Same Day Pickup to nearly 3,200 locations.
What’s more, Walmart’s eCommerce efforts and innovation have also led to omni-channel offerings in many of their markets including grocery pick up and/or delivery in nearly a dozen countries outside the US.
To date, they now have more than 6,100 grocery pickup and delivery locations globally.
So, what will happen in 2020 and beyond?
With 162 distribution facilities and 40 eCommerce fulfilment centres in the US plus 221 distribution facilities and 88 dedicated eCommerce fulfilment centres across Argentina, Canada, Central America, Chile, China, Japan, Mexico, South Africa, United Kingdom and India (there are more than 2,500 eCommerce sort centres in India), Walmart, by scale, is by far the greatest threat to any online retailer in the world.
Given their large distribution network, which is mostly geared towards brick-and-mortar retailing, Walmart has been steadily leveraging these sites to accommodate their eCommerce expansion.
My bet today, Walmart is going to dominate other online retailers in the years to come.
Their large brick-and-mortar footprint gives them an entrenched worldwide distribution footprint, which will be increasingly fed by an ever-improving online presence.
This pre-existing distribution infrastructure, which creates a moat to any new entrants, if used correctly, will be a significant competitive advantage and is a significant barrier for smaller players.
________________________________________
Every time this event happened the price of Bitcoin soared more than 29 times!
It happened in 2012...It happened in 2016 ...
And it just happened again!
If you act fast, you could turn R1,000 into R25,000 in less than 12 months!
________________________________________
Should you buy Walmart shares?
Now, while I like Amazon, Ali Baba and Naspers, using various valuation techniques it seems clear Walmart stock price is significantly cheaper than its competitors.
And, while it’s not entirely fair to just look at PE ratios, Amazon is currently trading on 130x historic earnings, Ali Baba is on 28x historic earnings, while Walmart is on the comparatively more reasonable 22x earnings.
There are plenty of other valuation metrics we could analyse to support the case for cheap valuation. But, for now, if you’re like me and believe Walmart has a bright online future ahead of it, why not get on the eCommerce profit train.
It’s never been easier for South African citizens to buy offshore companies. You can buy this through a local account or choose to externalise your wealth fully by becoming a direct owner of Walmart shares.
If you want to add Walmart to your portfolio send me an email on support@randswiss.com and I’ll help you personally start your international investing journey.
Werner Fourie,
Rand Swiss, Wealth Manager
Tags: werner fourie, walmart, ecommerce, investing, nextday delivery,

Is the international market undervaluing this share by 90%?
Rate this article
Note: 4.5 of 2 votes