Is the JSE losing its monopoly? 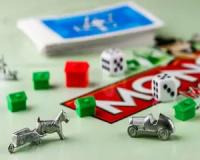 For almost 130 years the JSE was the only stock exchange in South Africa.

But as of a couple of years ago that changed when three new exchanges were given stock exchange licences.

In 2019 the JSE has seen 21 companies de-list. Digging a little deeper, it's important to take note of what's been happening with the competition…

All three of these JSE competitors are growing
The JSE’s three competitors are 4AX exchange, ZARX and A2X.
4AX and ZARX seem to be following a similar strategy.
They’ve targeted previously over-the-counter traded companies for listing.
Typically, these companies have market caps lower than R1 billion – they are ready for the next step but not willing to jump through all of the JSE’s legal loops. That’s seen them attract listings like TWK Investments, Senwes and Assupol.
Both 4AX and ZARX have 5 listings each.
While this isn’t nearly enough to keep an exchange sustainable it is a good start – and it’s clear that these smaller exchanges are now attracting small-cap companies easier than the JSE is.
The JSE’s other competitor, A2X is taking a different route.
What A2X is doing is targeting JSE listed companies and getting them to do secondary listings on A2X.
That means these companies remain listed on the JSE. But they gain a listing and give shareholders the option of trading on A2X as an alternative.
This strategy has clearly worked for A2X as the company has 25 listed companies and a number of ETFs on its bourse.
It also means that A2X now has a market capitalisation in the TRILLIONS!
A2X is growing RAPIDLY – but there’s lots to catch up on
In June 2019 A2X had trading volume of R78 million.
By August 2019 trading volumes were R304 million and in October 2019 trading volume hit a high of R492 million!
That’s more than five-fold growth in less than five months!
These trading volumes are what sets A2X apart from ZARX and 4AX – both of which trade mainly in small illiquid shares…
But it is still a far cry from the JSE’s daily trade volumes, on a typical day the JSE sees R20 billion in trade, and it sometimes goes as high as R40 billion a day. That means trading of as much as R500 billion to R1 trillion in a month on the JSE.
Now you suddenly realise what the upside potential is for A2X – it can quadruple its monthly trade volumes and the JSE won’t even realise.
There’s technically 200x upside potential for A2X.
How easy is it for investors to trade on these exchanges?
Well, ZarX has its own trading platform. Mobile download from the Appstore is quick and you can simply register on your phone – and even submit FICA documentation.
Both 4AX and A2X requires you to go through an external broker.
4AX only has one broker at this stage. A2X however again leads the pack. You can trade through Absa, Avior, Investec, Legae Peresec, Morgan Stanley as well as SBG Securities.
They also have more brokers pending connectivity.
It seems like thanks to technology it is much easier for these new exchanges to make inroads.
And it’s also thanks to their newer technology that they can keep trading costs much lower.
The JSE’s trading costs are MUCH more expensive compared to these alternatives
According to A2X investors if the exchange reaches 20% of the market share in South Africa, investors will save a billion rand a year just in trading costs compared to what the JSE is charging right now. That’s R4 million a day!
What’s more – on the JSE it takes trades three days to ‘settle’ – meaning for the cash from a sale to actually reach your account. Competitors like ZarX with their ‘state of the art’ technology can do this on the same day a trade takes place.
In short – the competition can do everything the JSE can, faster and cheaper. But it remains to be seen if they can convince enough companies to list with them instead of the JSE…
________________________________________
Once you own this
Forex Profit Box
I want you to unsubscribe from me forever!
Find out why I’m making this bold statement now.
________________________________________
Here’s my prediction for the JSE’s future
Based on its business plan I believe A2X is the strongest of the JSE competitors – and it actually stands a chance to hurt the JSE’s monopoly in the next five years.
ZarX and 4AX both have innovative platforms and are doing great things with technology – but they are too small and haven’t attracted enough trade volumes. I don’t expect them to continue as is forever. I expect we’ll likely see the two companies eventually merge – or one of them to fall out, the race. If you combine these two then they suddenly start reaching a point where business makes sense – but for now there’s only one JSE competitor on the horizon…
With A2X managing seven record trading months for 2019 it is clear that brokers and investors are starting to recognise the exchange is more cost effective than the JSE…
Have a look at the list of shares traded on this exchange. It might be worth your while to ask your broker about trading on it instead of the JSE.
Here’s to unleashing real value,

Francois Joubert,
Editor, Red Hot Penny Shares
P.S. If you are looking to profit from the mergers and delistings activity on the JSE, then you need to read my latest report here
Tags: francois joubert, jse, monopoly, 4ax exchange, zarx, a2x, investing,

Is the JSE losing its monopoly?
Rate this article
Note: 4.04 of 12 votes