Is this Nobel Prize-Winning Economist Wrong about Bitcoin? 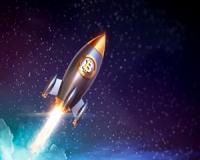 When crypto crashes, something interesting happens…

An army of naysayers rush from out of the woodwork with the usual “I told you so”.

And I'm not just talking about people on social media, or even friends. But also professors of economics and fund managers!

Even this Nobel prize-winning economist had a go…
________________________________________
Final reminder: Save R2,200 tonight
This is your final reminder that you can get 12 months’ access to three of our most popular stock advisory services for HALF PRICE.
If you act fast, you can join Red Hot Penny Shares, Real Wealth and South African Investor for just R225 a month for the next 12 months.
Yes, you get ALL THREE services for this price.
To subscribe to all three would normally cost you R450 a month. But if you act today, you can get access for half the regular price.
FINAL REMINDER: Go here to take advantage now.
________________________________________
Missing the crucial point on Bitcoin…
You may have heard of Paul Krugman…
He’s an economics professor and columnist for the New York Times. He was also awarded the Nobel Prize in Economic Sciences in 2008.
Just after the last Bitcoin crash, he sarcastically tweeted this about Bitcoin’s value:
“Its value rests on the perception that it’s a technologically sophisticated way to protect yourself from the inevitable collapse of fiat money, which is coming one of these days, or maybe one of these centuries. Or, as I say, libertarian derp plus technobubble.”
Maybe the tweet was to poke fun at the overly optimistic crypto heads, who truly believe cryptos will replace fiat money.
Maybe it will replace fiat money one day. Who knows?
What I do know is Krugman missed a crucial point.
Bitcoin was created in response to central bank policy failure, which has caused the dollar to devalue by 96% since 1913.
It was created to be an alternative currency free from government manipulation. Granted, it hasn’t yet fulfilled all the characteristics as a true currency.
But it’s sure been a great alternative…
Over the past decade, Bitcoin was the best-performing asset. It’s even gone up 10 times in just the past year, despite the pullback of late.
Krugman may be a clever man, but he doesn’t have the best track-record on valuations or predictions
In 1998 Krugman famously had this to say about the internet’s value:
‘The growth of the Internet will slow drastically, as the flaw in “Metcalfe’s law” — which states that the number of potential connections in a network is proportional to the square of the number of participants — becomes apparent: most people have nothing to say to each other! By 2005 or so, it will become clear that the Internet’s impact on the economy has been no greater than the fax machines.’
Of course, nobody can get everything right, all the time. But this prediction was clearly way off. We don’t even have to delve into how much the internet has transformed global businesses and economies today.
So why does Krugman dislike Bitcoin?
Well, you’ve got to remember, he’s an economist.
Economists like Krugman base their career on the premise that they know best when it comes to managing the economy.
The same can be said with economy professors. Even fund managers in their own respective industries.
But here’s the thing…
A study a couple years ago by Prakash Loungani at the International Monetary Fund (IMF) revealed something interesting, but not surprising…
Based on a sample of 63 industrial and developing countries, it showed forecasters were only able to predict two of the 60 recessions that occurred.
My point? Sometimes the clever people get it horribly wrong.
________________________________________
Quick-Start Guide to Crypto + 3 Coins to Buy
If you haven't yet taken your first step in this surging market, there's never been a better time to do it. Because we have identified three particular cryptos that could rocket.
None of them are Bitcoin.
These are tiny, under-the-radar names. All three picks are priced UNDER $10.
But the profit potential is incredible. It's never been easier to take your shot at huge returns.
Check Out All Three Coins Here
________________________________________
So what exactly is Bitcoin’s value?
Well, many people say Bitcoin doesn’t have value, because you can’t value it like you would a bond or stock.
But its value comes from the fact that you’re able to store your wealth in something that cannot be debased by centralised powers.
It brings us closer to the concept of free markets for money, where we’re all on a level playing field, at least in terms of opportunity.
Can this idea succeed?
Time will tell.
But remember, despite the boom in the crypto markets, it’s still not mature yet.
The overall size and liquidity of cryptocurrencies is small. The market value of global financial assets (stocks and bonds) is roughly $200 trillion and the above-ground market value of gold is close to $11 trillion. Bitcoin on the other hand, is only around $750 billion.
Just imagine what bitcoin could be worth if it reaches half of the value of gold.
See you next week.
Joshua Benton,
Managing Editor, The South African Investor
Tags: joshua benton, bitcoin, investing, crypto, paul krugman

Is this Nobel Prize-Winning Economist Wrong about Bitcoin?
Rate this article
Note: 5 of 1 vote