Is this the most difficult investment decision you've ever made? 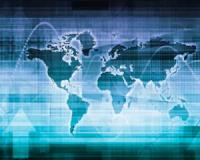 “Buy when there's blood on the streets!”

As we've been faced with the current crisis, I'm sure you've heard many commentator's say now is the time to buy into shares. Shares are at decade long lows, and the cheapest they've been in a generation…

During the week I read a letter that a client sent his broker about the 1987 crash:
“In 1987, market news was nothing like it is today. We had no internet. We had the next day’s WSJ, and Friday’s 30 minute Wall Street Week, we subscribed to a few stock newsletters delivered by snail mail and the Moneyweek magazine… That’s about it.
Therefore, though I heard about the crash on the radio as I drove home from work on Black Monday, I was not prepared to find my wife in tears… Her first words were ‘You’ve lost our retirement!’
In real time, the crash was a VERY big event. Fear for a changed future was the natural response. Talking heads were saying “This worldwide even could last for years; our children will have a lower standard of living than we have.”
Long story short – my wife insisted we sell everything the next day – which was also a significant down day. We eventually re-entered the market.”
________________________________________
I'd like to send you THREE specific investment recommendations based entirely on this secret for free
It’s how Warren Buffett built his $80.5 billion fortune!
It’s how Sir John Templeton quadrupled his money...
And how Walter Schloss (you’ve probably never even heard of him) took home R190million in a year.
It’s perhaps the most unfair advantage an investor can have in the markets.
And now it’s available to you!
________________________________________
Even with all the news at your fingertips – this still isn’t
an easy decision
I can show you charts making the 1987 crash, the 1999 crash and the 2007/2008 crash as mere blips on the radar.
It is easy to look at those charts and say “Those who sold were fools”.
But as the letter above shows – emotion is a tough thing to beat.
Even back in 1987 with very limited news available – investors sold everything unknowing whether they are doing the right thing or not.
And while we’ve got access to all the news and data we might want today; it could perhaps just be even more difficult.
Suddenly we’re being flooded by news. Every single moment we’re reading how this is the worst crisis in 100 years. How things will never be the same and we’ll have to adjust to a new normal.
You might have sold everything at the bottom back in March/April this year. Or you’re sitting now, planning on selling your shares as we’ve just bounced a bit. Perhaps you are on the market side-lines, waiting to get back in…
This crisis, and the next – here’s why you should
not panic sell
The most important aspect of investing – is to be invested…
The fact is, you might not be able to lose money once you are not invested in shares. But you surely also won’t make money by sitting on the side-line. At least if you are invested, you stand to make something.
That brings me to a table based on the research done by Allan Gray recently… Consider this – in the last ten largest crashes seen on the JSE – you’d have lost an average of 26% of your investment portfolio in mere weeks, to months.
But, investors who stayed invested – were the ones that was handsomely rewarded by massive returns on their capital. On average they saw annualised returns of 32% for the five years following the crisis…
________________________________________
Five consecutive trades in a row
yielded a massive return on margin of 420.38%
• In only 8 days you could have made a gain of 243.9% from a 1% increase in the Rand Dollar.
• In just 23 days, you could have made a 21.98% gain from a stunning long play on GBP/JPY.
• With the powerful leverage in pickpocket trading you could have made a 111% gain in just 15 days betting on the pound against the ozzie dollar.
Sound too good to be true? Find out more, here
________________________________________
Surely the days of investing on the JSE are over now – the only option is going global
So I’m sure you’re asking whether investing on the JSE today is a good idea… Figure heads and market commentators are calling on SA’s troubles as a sure sign that we should pull all our capital from the local market and go offshore.
And sure – you should be diversified with local as well as international investments.
But you should definitely not blind yourself to massive opportunities locally, just because of a bad political climate.
Firstly, the price of the average share in the South African market has not grown for a number of years. Real values of businesses have not stayed the same though. They have grown revenues, grown profits and many have paid off debts. And so there are many opportunities today the price of a share simply ignores the underlying value of the business behind it. Secondly, compared to the average listed share in global developed and emerging markets, the average South African share is cheaper.
Opportunities that come to mind are those like Adapt IT, a small IT company with a global business footprint selling for a single digit PE, while based on historical multiples the company is worth twice, even three times as much as its share price suggests.
Or Afrocentric, the largest medical aid administrator in South Africa, it grew profits throughout the lockdown, and its share price is valued below its asset value right now – while it trades on a PE of 6, with a whopping 9% dividend yield!
And if you’re willing to take more risk – a little known property company called October.
Before lockdown the company paid a full year dividend of R2 a share, with a share price of R17.
Today its share price is around the R4 level.
So how is its rentals doing? Well, in April they saw only 66% of rental payments come in. May this increased to 74% and June it hit 91%. According to management July saw rental income return to around 98% collections.
Property vacancies increased somewhat – but the company is still generating positive cashflow – meaning it has enough to pay interest and have money left over for a dividend.
It skipped its interim dividend in order to pay off debt and optimise its capital structure. But I expect the company to pay a dividend come the end of the year – reduced from last year’s R2… But definitely enough to make this one worth a punt…
Simply put – there are stocks on the JSE with 10, 20 year track records of consistent growth, with great asset bases, low debt and lots of cash. But investors are acting like these companies are already bust.
You might be worried – sitting on the side-line. But if you continue you will lose out once the inevitable recovery comes.
Here’s to unleashing real value
Francois Joubert
Editor, Red Hot Penny Shares
P.S: Want to Pick Pocket the Markets and Make  Gains of 111.73%, 21.98%, 13.82% and even 243.9%... But Have No Time to Research? - Join Pick Pocket Trader today!
Tags: francois joubert, investing, jse, october, property,

Is this the most difficult investment decision you've ever made?
Rate this article
Note: 4.1 of 5 votes