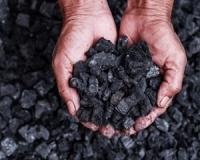 Coal is the dirty stepchild in the mining sector. And boy is it unpopular at the moment.

Coal miners report that it's getting more and more difficult to get finance for new projects.

After hitting a low of $56 a tonne in April 2020, the coal price has soared. Coal now sells for double what it did in 2020 - with the latest Richards Bay Coal Terminal pricing coming in around $112.92 a ton with some contracts going as high as $130 a ton.

So what's going on?
________________________________________
Get started with as little as R500 a month
And it doesn’t matter if you’ve never invested or have been investing for years.
This profitable way of succeeding on the stock market has been proven in South Africa yielding a 17.75% return over the past 10 years.
Simply click here, follow this proven wealth building formula, and you could turn a small stake into a multi-million rand fortune!
________________________________________
Why has the coal price suddenly soared this much?
Wood Mackenzie, global energy, metals and mining research and consultancy group, said prices surged to levels that have not been seen since 2011, with demand for coal being “remarkably strong”. Lack of “sufficient supply response” has fuelled the surge in prices.
The recent rally could be attributed to demand for high-grade thermal coal from Japan and South Korea, which were impacted by a heat wave.
China also has a shortage of coal amidst some of the highest demand it has ever seen. China’s raw coal production during June 2021 was 5% down from a year earlier but the country’s power demand rose 9.8% over the same period.
So clearly the country needs to import more coal to cover the supply gap.
With renewable energy rising – is there still demand for coal?
The truth is the phasing out of coal power stations is still decades away.
According to the World Coal Association we’ll more than likely see a shift to ‘cleaner’ coal projects worldwide before coal.
That means the high-quality export coal coming out of South Africa for instance will see higher demand. But South Africa still sits with many older generation power stations which will require dirty coal for at least another 15 years. And even past 2030 – coal will remain a base load energy source for South Africa and most other countries.
But with lowering levels of investment in coal, and old mines not being replaced there is a growing concern over shortages in future, with new mines not being developed at a sufficient pace…
________________________________________
R5,350 – R7,100 a week without getting off the couch
You don’t have to leave your living room...
In fact, with this you could very easily be looking at an extra R5,350 – R7,100 a week... without even getting up from your couch.
Of course, when you’re pulling in easy gains like that, you’ll be out and about a lot more...
You’ll be happily spending your increased income on the things that you love.
Start pulling in R5,350 – R7,100 from your couch today.
________________________________________
A tiny coal miner with big projects in the pipeline
Most of the major coal mining companies have exited the South African market, selling to medium and small sized companies.
One of these is Wescoal.
Wescoal owns a number of operating coal mines. But what’s more important is that as we speak the company is ramping up a new mine called Moabsvelden. This mine will run all of its coal through the plants at one of Wescoal’s already operational mines. It’s allowed the company to develop the new mine faster and with lower capital costs.
Adding in the production from this new mine could see the company’s production soar as much as 30%.
And that’s not the only growth project in the pipeline.
It also acquired the Arnot coal mine, next door to the Arnot power plant.
This mine still has hundreds of millions of tons of coal underground. But it was shuttered after Eskom and its previous owner Exxaro couldn’t meet half way regarding the costs of further expanding the mine, and pricing on its coal.
At the moment coal for Arnot is being trucked in.
When Wescoal gets this mine operational again – it can supply the power plant more cost competitively through its conveyor belt feeding the plant. This mine is supposed to supply coal again by end of 2021…
While Wescoal’s share price is up 84% from 2020’s lows, it is still down 41% from its 2018 highs. And these were without Moabsvelden or Arnot operating.
In short – I expect there’s major upside for this little coal miner in the coming 12 months.
Here’s to unleashing real value
Francois Joubert
Editor, Red Hot Penny Shares
Tags: francois joubert, investing, resources, coal,

It might be unpopular but the world simply can't go without this resource
Rate this article
Note: 2.63 of 4 votes