by Guy Algeo is Director of Prodigy Asset Management., 24 January 2017 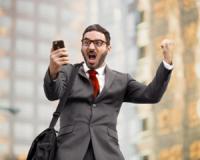 As President Trump was being inaugurated the markets appeared to be waiting for direction. The JSE closed slightly lower, down 0,6% and the major developed markets were little changed if not slightly softer. Currency and Commodity also appear to be in a holding pattern.

Trump's speech was direct and unambiguous, watch-out as America puts its foot down in more ways than one. America first means many things; first for business and first for America, but less so for global security, climate change and trade.

The markets are already on the move; Coal, Basic Material prices and the US Dollar have been firming for two months. Sentiment for corporate earnings is improving, US first and second quarter results should show improvement and markets have started to move in anticipation.

Despite what many people think of Trump, don't lose sight of the fact that his policies promise to be good for business, whether this materializes only time will tell, but for now sentiment has already improved and the markets continue to rally. Last week we noted double digit gains are common in January, 10% is still within reach.

America first, is one reason why we like US Tech Firm - Google.

Last year I called a buy on Google shares (Holding Company is Alphabet Inc on Nasdaq. Code: GOOGL), it is already up 5% and Trump’s stance bodes well for US companies and earnings. We still like the US Technology scene; they dominate this market and will do so for many years to come. Earnings multiples for Google as well as several other big Brands have unwound to reasonable levels. Buy Google and US Tech for your offshore portfolio.

At home, the investment case for Food stocks has improved; better rains will reduce input costs and consumer spending remains resilient. New management at Tiger Brands is giving the market more confidence. The stock is holding above R400 and looks set to go higher, Buy Below R410.

Is the Pound overbought? – it could be good for these JSE listed property stocks

With the general improvement in market sentiment it is worth reviewing stocks that were clobbered last year. Intu Properties and for that matter CapCo are listed in the UK and SA, both hold major property portfolios in the UK. The Pound sold off 25% against the Rand and initial fears over Brexit seem to be overdone. Both companies offer good up side, Buy at current levels.

Why confidence has taken a knock on Clover stock!

Clover released a profit warning saying earnings are expected to be down approximately 20%. By contrast the market was expecting a steady improvement. Unfortunately, there are several factors contributing to weaker results; higher input costs, one off costs, less pricing power, and overall pressure on margins. The damage to confidence will take time to repair. Sell