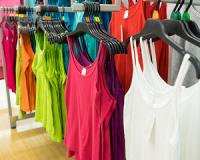 I told investors I believed many of the unsecured lenders and credit retailers will get themselves into trouble, but Capitec would prevail.
At the time African Bank traded at R22 a share.

By early July 2014 I called African Bank's imminent bankruptcy, the share price was at R7.65… Within a month African Bank hit rock bottom.

Since then there hasn't been much new drama about the South African Debt Bubble.

Until now that is…

Mr Price just crashed 27% in two days after it announced a drop in profits, for the first time since 2001!

I believe this is thanks to the National Credit Amendment Act 19. Even though this law was already passed in 2015, its impact is only visible now that Mr Price's trading update has been released.

In my opinion, this law will see the entire sector go through a slump. In fact, Mr Price isn't even in the worst position compared to the other credit retailers.

Read on below to find out which shares will be hit the hardest and why...

Look around you. Taxes are rising, independent, unbiased financial advice is disappearing, and mis-sold pensions and equities are taking their toll on people’s savings. In any given year, less than 20% of the more than 800 unit trusts in South Africa beat the market for their investors. So much for the abilities of ‘experts’.

Now more than ever, due to the current economic landscape, it’s only those with access to specialised knowledge and expertise who will really prosper in 2016 and in years to come…

Find out how YOU can be one of them…

Under this piece of legislation, credit providers now need to do a lot more work before they’re allowed to give you credit.

You see, in yesteryears anyone could open a store account at a retailer with very little paperwork. So retailers often gave credit to students, unemployed people or just people that seriously couldn’t afford the credit provided to them.

By doing this, the retailers could easily show sales growth. And for the most part they got paid back the money. But things slowly got worse, until the credit bubble that I mentioned, hit South Africa.

So to fix the problem, our government introduced the National Credit Amendment Act.

Thanks to this act, retailers HAVE to get three month’s bank statements and payslips, do a credit check with credit bureaus and do an affordability analysis on clients before they can offer them credit.

Book your seat now in Johannesburg or Durban!

These companies will see big drops in profit


The new regulations come at a great time. They’ve certainly stopped many companies from following the African Bank route.

But it also means credit retailers will see a steep drop in profit.

Truworths for instance sells around half of its clothes on credit…

The company expects a drop of R200-R250 million in credit sales just because of the new regulations!

The Foschini Group sells around 40% of its merchandise on credit. And thanks to the new affordability rules its seen a 30% drop in new account openings.

Mr Price only sells around 20% of its merchandise on credit, and it still had a small drop in profit.

So what’ll these rules do to Truworths and Foschini who sells 40-50% of their merchandise on credit?

And I haven’t even mentioned Lewis. The company makes the bulk of its income from credit sales and insurance from credit sales. Now it will see a slowdown in growth, it will also be limited by the interest it can charge (also thanks to the new credit rules) and our economy is really struggling, so less people are buying furniture.

To top it all off, Lewis is also in legal trouble for overcharging insurance premiums and interest to customers…

The world's most powerful trading strategy...
Once difficult, NOW EASY!
“At last I've done it!

I've 'translated' the world's most powerful and complex system into a simple trading strategy that starts making money in a matter of hours.

It’s really simple. At the moment you should look at retailers that work on mostly cash models. Woolworths is in a good position. Mr Price, even following the latest bad news is in a decent space.

But Truworths, Foschini and Lewis will certainly feel the hurt as the slow puncture in South Africa’s debt bubble gradually deflates with lower sales and lower growth. The upside is, in the long term it’ll leave companies stronger and more resilient with less bad debts.

Mr Price crashes 27% in two days thanks to the debt bubble's slow puncture - here's three shares you need to avoid
Rate this article
Note: 5 of 1 vote