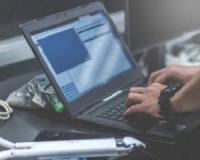 Last week I wrote about the benefits of using support and resistance lines. This charting technique is easy to learn and probably one of the simplest and most useful tools when it comes to timing entry and exit points.
Now, before you shoot me down, I’m well aware of the old financial planning adage that goes: It’s not about timing the market, it’s about time in the market.
But I’m not talking about these asset allocators. Their job is to gather money, work out your risk profile and manage client relationships. They’re professional nice guys! They usually hand over the heavy lifting to professional asset managers.
However, if you’ve decided to take control of your own investments, you’ll immediately know it’s not as simple as just getting invested and staying invested. All professional asset managers face decisions on a regular basis. You’ve identified a company you like, but when do you pull the trigger on the new investment position?
If you’re a self-directed trader planning to buy and sell securities on your own behalf, you’ll need to make decisions like this over and over again. It doesn’t matter if you’re a short-term day trader, planning to hold the position for the next few hours, or a longer-term investor planning to stay invested for the next ten years. If you’re doing the buying and selling, you need to decide the exact moment of purchase.
Now, working as I do in stockbroking and trading, I’ve literally had to make execution decisions hundreds of thousands of times. And I can tell you, it does become easier with time. But even for the most experienced trader, there’s still that moment of uncertainty just before you execute a trade:
• Are the markets too high?
• What if my analysis is wrong?
• Have I done enough due diligence?
The questions spin around in your head and if you’re a novice investor, this uncertainty is enough to paralyse your ability to make a decision. But if you make no decision you guarantee failure!
Today, I’m going to expand on last week’s support and resistance article to empower you to make better entry and exit decisions.
________________________________________
The Brutal Truth About What
Successful Traders Want...
Take a guess?
Money? Cars? First Class plane tickets?
No… This is NOT what successful traders want.
You can achieve this through a normal 9-5 job….
You can achieve this through saving money for years on end.
You can achieve this from starting your own business and working your way up…
Successful traders want something far deeper and MUCH more meaningful…
Click here to find out…
________________________________________
It’s a self-fulfilling prophecy
It might not be obvious, but a financial market is made up of millions of different independent actors. They all think differently, but they’re all looking at exactly the same price action. Everyone can see the chart. And almost anyone with a chart and ruler can draw a support and resistance trend line.
A lot of new traders think: It’s too simple! It can’t be this easy to make money!
But the truth is, because using support and resistance is so simple, it’s also popular. And because it’s popular it forms a part of almost every technical traders’ system. And because it forms part of so many systems, many people act in unison around these key levels. And because all these market participants have the same idea, the system works.
And when an indicator works, then people keep using it reinforcing its ability to influence the market.
Yes, it’s a self-fulfilling prophecy!
The more people that believe it works - the better it works and the system remains stable.
But how does this work?
Now that we’ve answered the why, let’s look at the how.
In the chart below, traders would trade off the support and resistance channel between A and F. Looking to the right of the chart, a new channel is being set up between F and G.

Overcome indecision with this simple technical system
Rate this article
Note: 4.33 of 3 votes