Profit from the Global Chip Shortage! 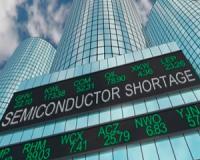 I'm sure you're well aware that there's a global chip shortage…

In fact, this global supply shortage is so bad, a mind-blowing 169 industries are affected in some way, according to Goldman Sachs.

To make matters worse, demand for semiconductors is skyrocketing. And these supply/demand constraints are cascading industries into chaos.

But in times of chaos, there are always smart opportunities to profit.
________________________________________
Pocket Change Could Buy Your Most Lucrative Investment This Year
While Bitcoin's been shaken up and down this year, there are dozens of smaller - yet far more lucrative - coins gaining momentum.
Just grab the change on your bedside table. From Jan to June of this year, those in the know could've made 158%, 171% and 105%.
There's way more to come in the rest of 2021.
Get the details here.
________________________________________
Own the sole-provider of revolutionary
chip-making machines!
In the 1980s, ASML Holding NV (NASDAQ: ASML) originally set out to create chip making machines using a light-based technology called photolithography. These chip-fabricating machines use light to print patterns on chips and layer by layer turn a piece of silicon into a working circuit
Because of this, ASML became an international success.
ASML then continued to innovate chip fabrication, which enabled chipmakers to keep reducing the size of computer chip features and creating ever more powerful electronics.
Over the years, ASML’s improved its technology, which helped produce generations of sophisticated chip lithography machines. This enabled ASML to reduce chip sizes by a 100-fold over its first 30 years.
Today, it’s the sole provider to the chip-making industry of a new generation of photolithography machines. The technology, called EUV (extreme ultraviolet), uses shorter wavelengths of light to create smaller patterns on chips. The shorter the wavelength, the smaller the resolution and the smaller the patterns that can be deposited, layer by layer, to build a computer chip.
This amazing technology has the power to take chip geometries past 5 nanometers, with 3 nanometers in sight, and potentially go as small as 1 nanometer — a fraction of today’s chip sizes!
Many of the top semiconductor companies are now “fabless,” which means they only design the chips and the technology in them. Other companies, known as foundries, are largely contracted to actually make the chips.
The foundries are run by companies like TSMC Semiconductors in Taiwan, Samsung in South Korea and Intel in the US.
And these three chipmakers rely on ASML’s photolithography machines to design the best chips.
________________________________________
My #1 wealth building secret
You’re not going to need to “get lucky” on some get-rich-quick scheme… gamble on speculative stocks… learn how to buy and flip property… or anything else you might consider “high risk”
Simply click here, follow this proven wealth building formula, and you could turn a small stake into a very comfortable retirement.
________________________________________
More demand = more revenue!
With supply constraints and demand for semiconductors skyrocketing, the world’s biggest chipmakers have announced plans to build factories.
• Intel will spend $20 billion to build two new chip factories in Arizona
• TSMC will spend $12 billion to build a plant in Arizona
• Samsung will spend $17 billion on a new plant in Texas
So far its shares are up +45% this year - crushing the S&P, Nasdaq and JSE. And I expect many more gains to come over the next couple of years.
In fact, just recently, the company announced that its order book for this chip-making machine is 75% larger than it was in the first quarter of 2021.
More money for ASML as these chipmakers would need to buy more photolithography machines to develop cutting-edge chips.
And that means one thing…
See you next week.
Joshua Benton,
Managing Editor, The South African Investor
Tags: joshua benton, investing, micro chips, chip shortage, semiconductor shortage

Profit from the Global Chip Shortage!
Rate this article
Note: 3 of 2 votes