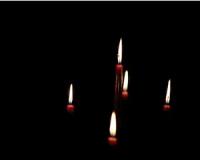 Most people have notoriously bad memories.

Less than a month ago, the entire country was going through one of the most serious bouts of load shedding we have ever had.

Yet after just a few weeks of consistent power supply, many have forgotten what it felt like and that it can return any day now!

Let's recap what happened in December.
________________________________________
The man who bought bitcoin for just $12 now says…
“BUY THIS BOOK!”
“The crypto market is gearing up for another epic bull-run… And THIS time there’s no way you’re missing out. Because I’m making it as easy as possible for you to download a copy of my book, Crypto Revolution.”
Inside you’ll find everything you need for your chance to make thousands of rands…
Even from just a small ‘grub’ stake.
For a limited time, R100 is all it costs to get your guide to the biggest wealth creation event in history…
Claim your copy now.
________________________________________
A series of mishaps!
A series of mishaps (including sabotage) and bad weather put a large portion of Eskom’s power generation offline.
It was serious enough that our president had to return to the country and hold an emergency meeting with ministers and Eskom executives.
The outcome was a promise not to have any load shedding over the festive period. Specifically, they promised not to load shed from 17 December till 13 January.
To a large extent this promise was kept, though there was a serous warning during the period that supplies were tight.
Of course, one of the reasons that this was successful was the fact that most industries shut down much of their operations over the festive period.
This drop in demand makes it much easier for Eskom to keep the lights on. Unfortunately, that ends soon.
Most industries are likely to be back to normal level of operation by mid-January (round about the 13th of January to be more specific.)
You don’t have to be an Eskom engineer to understand that we a return to some sort of load shedding quite soon. Many experts believe it could be a feature of SA life for at least another 5 years.
________________________________________
Your Secret Roadmap to Retiring in Modern-Day South Africa
Let’s face it… the world is changing all the time.
This is especially true when it comes to business and finance.
And after 10 years in the trenches, I can say with absolute certainty…
You DON’T want to be on the sidelines when a new and great secret to building your income and wealth emerges.
That’s why, In The Little Book of BIG Income – Ten Filthy Secrets to get Rich Quick, you'll learn this secret.
________________________________________
So how can you profit from this?
Well over the same period that we had a break in load shedding the rand has strengthened dramatically, by about 5%.
Historically load shedding has been negative for our currencies value and if we anticipate another bout in a few weeks’ time, it might be a good idea to push forward any offshore transfers you wish to do.
Even better all your calendar allowances have been reset.
Everyone can now do another R1 million offshore transfer as of the 1st of January 2020.
If you wish to transfer more than this you can do an additional R10 million with just a simple tax clearance certificate that can be obtained for free.
We recommend the US Dollar as the best offshore destination for your funds.
The Rand/Dollar exchange rate is looking quite good at the moment thanks to the relief rally surrounding the US/Iran conflict not blowing up just yet.
In addition, US dollar denominated bonds are one of the few investment grade instruments that still offer a real return.
If you require assistance, please contact me on support@randswiss.com.
Viv Govendor,
Rand Swiss, Wealth Manager
P.S: If you’re nearing retirement, you need to get your hands on a copy of The Little Book of Big Income Secrets right away. This income will help you live a TRUE financially free retirement.
Tags: viv govender, load shedding, eskom, electricity, rand, dollar, us/iran conflict