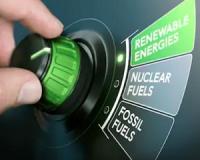 For more than a decade now, we've been hearing about the renewable energy trend.

Then two years ago the renewable energy programme was restarted, and by end 2019 around 8% of all of South Africa's electricity came from renewable resources.

And this time- its not being driven by the government. Get in now before the share price rebounds
________________________________________
A string of private companies are going green
Gone are the days of green energy being a pipedream.
Companies like Life Healthcare have been using solar energy since 2013, and as of 2018 the company had enough solar power installed to offset around 581MWh of electricity from the grid.
Same goes for Redefine – which produces around 35,754,600kWh of solar power per year from its own solar installations on shopping mall and office rooftops.
On 9 July 2020 Hyprop announced it would decrease its dependence on the grid by expanding solar panels on 66% of its South African shopping malls.
The company’s first project completed in 2017 produced around 2.91MW/h at its peak. Now it is rolling out 1MWh systems at its Atterbury Value Centre, Woodlands Mall, The Glen, Rosebank Mall centres and a smaller installation at Hyde Park Corner.
The company expects to save R16 million a year in electricity costs alone!
The mining sector is seriously considering solar power as well
On 30 January 2020 the Minerals Council of South Africa reported it had urged government to allow mining companies to install their own energy projects.
This came as both Sibanye Stillwater and Vedanta planned 200MW solar parks to get off the grid.
At the time Bloomberg reported that, several mining companies operating in South Africa are currently planning to build their own power plants relying on PV with a combined capacity of 585 MW.
These include a 200 MW solar plant under development by gold provider Sibanye-Stillwater, a 75 MW facility planned by Anglo American Platinum, a 40 MW solar park by Goldfields, and a 200 MW PV plant by Indian mining company Vedanta.
The list also includes a 30 MW project by Harmony, a 38 MW plant by Orion and a smaller 3 MW facility by Exxaro.
In the meantime, Pan African Resources approved a 10MW solar facility to produce 30% of the power it requires at its Elikhulu plant.
Sasol has announced two 10MW projects as a first phase to producing green energy – with its plans to expand its solar footprint to 600MW in the longer run.
________________________________________

550 people ALREADY have my number in their address book - and since I started SMS’ing them (Since the COVID-19 Lockdown), they've made R8,848 profit.
Now it's YOUR turn to see
how much you could make
READ MORE HERE...
________________________________________
You can invest directly in renewable energy through
the JSE today
Gaia Infrastructure Capital is an investment company that backs renewable energy projects and infrastructure development, and is currently a stock that I find very attractive.
Gaia Infrastructure released results for the year ending 29 February 2020 on 29 July.
The company reported a 3% increase in its Tangible Net Asset Value per Share at R10.70. Compared to its current share price of only 505c, the share price trades at a whopping 52.8% discount.
Headline earnings per share jumped 28% from 56.1cps to 71.6cps. This means the share is on a PE of only 7.05 compared to the JSE average of 18.36.
The company had an interim dividend of 25cps in August 2019, and now it declared a 15cps final dividend bringing the full year dividend to 40cps, or 7.9% dividend yield.
The last day to trade Gaia shares and receive the dividend is 18 August 2020, and the payment date of the dividend will be on 24 August 2020.
Gaia’s dividend yield puts it among the highest dividend paying companies on the JSE.
This is definitely one to keep an eye on.
Here’s to unleashing real value,

Renewable energy is really taking off - here's what you need to know
Rate this article
Note: 3.5 of 2 votes