Sasol: When mega-projects turn into mega-mistakes 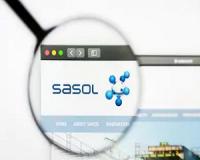 A couple of years ago Sasol announced it would enter the US market by building an ‘ethane cracker'. A massive petrochemicals plant called Lake Charles that would require it to invest nearly as much as its market cap was at the time.

The company said this was where its future lay, and the project would change the face of the company forever.

Right now however Sasol shares are at their lowest since 2010, down 52% in the past 12 months. ________________________________________
What Sasol’s Lake Charles Chemicals Project really cost the company
Back in 2014 Sasol estimated the Lake Charles Chemicals Project (LCCP) to cost it $8.9 billion.
Today the cost stands at $12.9 billion – a 44.94% cost overrun.
What’s more, at $12.9 billion and the rand around R15 to a dollar the project cost is R193 billion compared to Sasol’s market value of R168 billion. In addition to this, there are fears that with the latest cost overruns Sasol’s debt (which was R131.6 billion in December 2018) might now overshoot its market value.
But that’s not the worst of it, the South Koreans built a similar plant to Sasol’s, in the same area. They did it in three years, it cost them $3 billion and their plant has a higher production capacity than Sasol’s!
Will this project be able to pay for itself or is Sasol in trouble?
Based on estimates Sasol expects its earnings (EBITDA) from the project for FY2020 to be $150m - $300m compared to previous estimates of $700m. And the $700m figure has already been reduced from an earlier $1 billion estimate.
At the lower end, $150 million it would be a complete disaster for Sasol. The project cost of $12.9 billion means the $150 million earnings is only 1.16% of the total project cost.
In short, a 1% return on capital is hardly something to shout about. In fact, it is value destructive – because Sasol pays more to service the debt on this project…
Sasol told investors that by 2022 it expects $1.3 billion in Ebitda from the project. That would be around 10% return on capital. That’s still not something to shout about.
But considering how estimated profits have already been reduced various times I’d be cautious about expecting that $1.3 billion profit to realise in 2022…
Sasol will need to cut its dividend to pay off debt
Sasol’s always been an attractive share to pension funds and retirees. Not just because it is a rand hedge, but also because it paid great dividends.
But don’t hold your breath for more dividends.
I expect Sasol will have to cut its dividends in the coming three years in order to pay off its debt.
Sasol’s rolling 12 month dividends are around R13.80 per share.
Considering the company’s 624 million shares in issue that means total dividend pay-outs of around R8.6 billion a year.
With more than R130 billion in debt Sasol will have to cut its dividends completely for at least two to three years just to make a SMALL dent in debt…
________________________________________
“The COIN KING that could turn R500 into R110K!”
“How to make your first MILLION buying and holding cryptocurrencies…"
“Crypto Revolution”
The best-selling book in the hands of over 30,000 investors
Your today for R100
CLAIM YOUR BOOK IMMEDIATELY
________________________________________
How can you avoid investment traps like this one?
There are a couple of rules I usually follow.
Rule #1 – What’s the company’s track record?
In Sasol’s case the company’s track record with the implementation of mega projects hasn’t been good.
The company’s Oryx gas to liquids plant in Qatar was behind schedule and over budget.
Sasol’s Escravos GTL project in Nigeria was a complete disaster – with costs rising from $1.9billion in 2005 to $10 billion in 2009.
In short – investors should look at the track record and let that speak for itself rather than listen to promises from CEOs…
Rule #2 – Watch out for high debt
I prefer companies that go into mega-projects with partners or enough cash of their own. Sasol had to use a lot of debt to get this project completed.
If Sasol had a partner that could contribute cash to the project say 50/50 the financial risk would be smaller and its own debt load much more manageable.
Rule #3 – Investing in uncharted territory is a big risk
When a company wants to pull off a new project or investment in a country that its never operated in before and doesn’t have any presence in you should be worried.
There are just too many things that can go wrong in these situations, and there’s been so many South African companies trying to open business in new, previously uncharted territories just to fail because they didn’t really understand how to do business in these countries before embarking on the projects.
There are certainly companies that have done this successfully. But there are more that have failed – simply think of Old Mutual, Discovery, Blue Label Telecoms as a couple of examples…
Always remember – these mega projects have the ability to make serious money. But they also have the ability to destroy a company.
So you should judge these investments very critically
Here’s to unleashing real value,

Sasol: When mega-projects turn into mega-mistakes
Rate this article
Note: 3.58 of 6 votes