Should you be adding protection to your portfolio? 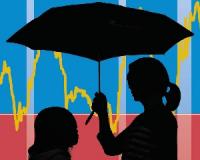 There are many economic signals that can accurately predict a recession.

A few weeks ago, I wrote about the “inverted yield curve”. It's a very strong predictor that economic growth will contract in the short-term.

Rapidly rising oil prices are another excellent indication that recession is hovering just over the horizon.

Historically speaking, high inflation combined with low unemployment, is also one of the most accurate indicators that a recession is imminent.

Usually, you'd only see one, maybe two, of these indicators concurrently. Yet, as we look at the world today, almost all of the traditional recession “warning bells” are ringing. I'm wondering why, when we seem to be experiencing a perfect storm of powerful recession predictors, so many media outlets seem to be pretending everything is just fine!

At last, one of the world’s biggest banks, Deutsche Bank, has released a report agreeing with my assessment. They’re now predicting recession by next year.

Deutsche is the first major bank to make this call. So, it’s understandable they’re being rather cautious. They’re predicting a mild recession, with unemployment going just above 5%. Other banks have started to talk about an increased risk of recession as well (but no one else has been bold enough to make it the default case). Most banks are giving the probability of a recession as somewhere between 25% and 40%. I think you should give Deutsche some credit for their bravery.

I do however believe they’re being far too optimistic. I believe both the chances of a recession and the severity of the recession will be much higher.

If you just look at just the inflation-to-unemployment indicator you’ll see what I mean. Historically, when inflation is more than 4%, and unemployment is less than 4%, the chance of a recession within 2 years is about 75%.

Right now, today, US inflation is almost 8%. We’ll find out this week if it breaks the level. Consensus expectations are for a move to 8.5% on US Consumer
Price Inflation (CPI) basket. The official measure of unemployment in the US is currently 3.6%. That means, looking at history, recession is coming!

Likewise, when energy prices rise by more than 50% within 12 months, the chance of a recession is well over 50%.

So, what does a recession mean for you?
Firstly, I believe that we’re going to see a real shake up in the United States. I am anticipating an unemployment rate that peaks above 8% for the US. That’s a big move in an economic number. The reason I believe this will come to pass is that the US labour force participation rate is low currently. Many people that can work are choosing not to work. But as the cost of living starts to gather pace, more and more people will be forced back into the workforce.

At the same time however, companies will be facing higher labour costs. Workers usually demand wages that are in line with general price increases.
You can’t reasonably believe the US is inflating at 8.5% and workers will keep accepting 5% increases in wages.

But, at the same time companies won’t want to lock in higher wages increases.
Especially not in the face of a contracting economy. If recession is coming, firms will instead reduce their demand for workers. They’re going to lay-off workers instead.

This could mean that the general stock market level could face pressure. I’m always hesitant to predict stock price moves based on economic data, because stock markets are also an excellent predictor of economic activity. They tend to price in the future not the past. That said, Deutsche Bank is calling for a 20% fall in stock markets.

To put that figure in context, the last two real stock market pullbacks (in 2009 and 2020) resulted in a fall from peak levels by over 40%. Again, Deutsche is making a very mild prediction. If I had to predict the stock market fallout of rising unemployment and contracting GDP, I would say it could be a lot worse.

So, what can you do today?
In a normal world, if you were expecting a recession, you’d probably want to reduce a portion of your portfolio to cash. This gives you the opportunity to buy in at lower levels once markets have fallen. Unfortunately, right now, thanks to very accommodative monetary policy, real interest rates (the interest rate you can get minus the inflation rate) are negative!

This means staying in cash is almost a guarantee that you will destroy the value of your savings over time. Instead, you need to get hold of investments that can give you inflation beating returns while still offering you some sort of protection from capital losses.

You already know I’m a big fan of structured products for this purpose. I have several structures that are currently available depending on both your risk profile, time horizon and preferred geography.

I also believe that you should be considering buying anything you can nail down. If you run a company for example, you will likely do well to increase your inventory. Prices today will be lower than prices tomorrow. Private individuals should probably not delay essential purchases.

Why the big names in finance have changed their tune on Bitcoin
Steve Cohen – founder of Point72 Asset Management with an estimated $11.1 billion to his name was, until recently, a crypto sceptic.

But his “cryptomaniac” son finally sat him down and explained it to him. And he’s changed his tune.

Now Cohen compares bitcoin to the internet in its potential for wealth creation.
As he told a roomful of investors at a Conference in September 2021:
“Once I decided there were opportunities, and I thought this could be a space like the internet – it could be incredibly transformational – I wasn’t going to miss this.”

Cohen now owns bitcoin in his personal portfolio and through his firm. But he’s not the only billionaire to convert to bitcoin.

Paul Tudor Jones, founder of the $11 billion fund Tudor Investment Corporation, dropped his early scepticism of bitcoin and now prefers it as an inflation hedge over gold.

Isn’t it time you considered staking a small claim  in the crypto markets too?

There are many ways to buy into gold. You can hold the ETF like the Absa New Gold ETF (JSE:GLD), you could buy the physical, or you could even hold a crypto-backed stable coin.

I have a preferred way of buying gold which usually saves investors as much as 5% in spread cost at the time of purchase.

If you’re interested in finding out how I personally buy gold, or if you’d like to chat about the currently available structured products, send an email to support@randswiss.com with your name and phone number as well as the promocode GOLD2022 in the subject line.

Should you be adding protection to your portfolio?
Rate this article
Note: 4.05 of 10 votes