Should you invest in a $100 billion business with no sales? 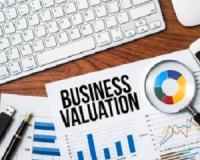 Right now, there are a couple of big trends playing out in stock markets.

Renewable and sustainable energy is a big thing – (see my SA renewables watch list I wrote about last week).
Internet of things, cryptocurrencies and fintech are also a really hot topic. And so are electric vehicles.
Tesla for instance is worth a trillion dollars – around four times more than its closest competitor, Toyota. Even though Toyota produces way more cars, and bigger profits…
And the case for Tesla can certainly be made… It has great manufacturing technology and is able to rapidly upscale production in a way most of its competitors can’t.
But right now, there’s a company that’s probably the most outrageous I have ever seen in my 12-year career in the financial industry...
________________________________________
Need more income in 2022?  These five stocks could fund your early retirement. Read this report today!
________________________________________
A company with no sales just hit a $146 billion valuation – What’s going on?
Rivian Automotive is an electric vehicle start-up.
The company had an initial public offering at the start of November 2021.
It was backed as a joint effort by Ford Motor Co and Amazon – and the goal is to create an electric car manufacturer that can rival Tesla.
The company raised $11.9 billion in its IPO – the biggest listing of 2021 and the sixth largest IPO in US history. Based on its IPO valuation – the company was worth $76.4 billion.
But by 16 November – a mere two weeks after its IPO the company’s value shot up to $145.43 billion.
As an indication of how crazy this is, Ford Motor Co is worth $80 billion. Volkswagen is worth $139 billion.
Rivian has built a total of 56 cars in its existence – and the markets are valuing it at $145.43 billion. That’s a $2.6 billion valuation per car its built.
Best of all – the company has zero sales.
It lost around $1 billion in the first six months of 2021, and expects around $1 million in revenue for the latest quarter.
________________________________________
Sam Volkering: This new tech could be bigger
than the internet
It’s a technology that could change everything from how you pay your taxes to how you access your medical records…
And you can find out the two best ways to play it – FREE OF CHARGE.
Just click right here to see how.
________________________________________
Is there anything to back up this huge valuation?
Surely – if Amazon and Jeff Bezos are backing Rivian there’s opportunity here?
In fact, Amazon has ‘ordered’ 100,000 delivery trucks from the company.
But you need to remember – these are delivery trucks that don’t exist yet. And the company hasn’t proven it can produce them at scale either.
Rivian’s Illinois factory is said to be able to produce around 150,000 vehicles a year.
So, let’s say it can do this.
And let’s say it will make around $10,000 profit per vehicle.
That’s an annual profit of $1.5 billion – with a market valuation of nearly $150 billion. That’s a price earnings ratio of 100. In a ‘best case’.
If its profit per vehicle is any less – the company could sit on a PE ratio of 200 or more…
And there’s already a former Rivian executive in a lawsuit with the company, and one of the claims in the lawsuit is that the executive warned the board about the company’s “ability to deliver on its promises to investors”.
Be cautious when there’s this much hype around
Sure – this is a huge growth market.
But you need to be cautious when there’s this much hype.
Remember 2000 and the IT boom…
Hundreds of start-ups with huge IPO’s soon turned into a market bloodbath as investors realised much of this was hot air – instead of tangible assets…
In the past couple of years, we’ve already seen many of these hyped-up companies crash and burn.
Right now, Beyond Meat is down around 67% from its all time closing high.
Simply put – the company has an exciting product with good growth potential.
But you simply cannot value a start-up with very little sales, and questionable scaling capacity at billions upon billions of dollars…
Similarly, Pinterest is 50% below its all time closing high, Alibaba is down 55% and Virgin Galactic 71%.
All of these are companies with big growth potential. But often the hype is too much, and the companies simply cannot scale up fast enough to back their pie in the sky valuations.
The truth is – there are many opportunities on the market, be it in the US, UK or South Africa to invest in every day businesses that pay 5%, 10% or even bigger dividends, trade at discounts of 50% or more to their asset value – and have REAL sales revenue being generated every day…
Opportunities like these arise when investors are so focused on the big hype that they miss the great value opportunities on the market.
For 2021 I closed out 20 shares for our Red Hot Penny Shares newsletter – with an average gain of 72%. One of them a decades old packaging business that made us 179% in 11 months, or a small IT company that provides Universities and manufacturers with IT support – which made us 142% in 7 months…
Sometimes you don’t need to invest in the next big things to make a big return.  You just want quality at a discount and I’ve earmarked five small caps that offer exactly that in my latest Red Hot Penny Share report. You can get a copy here.
Here’s to unleashing real value
Francois Joubert
Editor, Red Hot Penny Shares
PS. Fill your Christmas stocking with these quality discounted small cap stocks now and profit in 2022!
Tags: francois joubert, investing, sa renewables, amazon,

Should you invest in a $100 billion business with no sales?
Rate this article
Note: 3.5 of 5 votes