Should you protect yourself from a potential Naspers implosion? 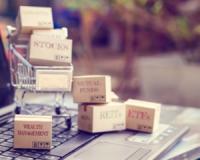 Let's just get it out of the way immediately, Naspers is a great company.

I am in no way a Naspers bear. But I am a cautious bull.

I do not, for one second, think Naspers will pull a Steinhoff, Mediclinic, Aspen, Tongaat, [insert other JSE listed entity] on us anytime soon.

But I am still underweight on the stock for some very fundamental investment reasons. And, given the profile of this company, you should probably sit up and pay attention.
Recommended:
________________________________________
The Extreme Wealth
Explosion of 2019
Forget Uncertainty Around Land Expropriation…
Forget Concerns Over The Rand…
Forget about May Elections…
A Seemingly Unstoppable Wave Of Value Could Help
Generate EXTREME WEALTH For A Handful Of Smart South African Investors
________________________________________
Chances are your exposed to Naspers
You see, if you’re invested in a South African retirement annuity, a South African unit trust or hold any number of local ETF’s the chances are you have a fairly large exposure to Naspers. It forms a crucial part of the underlying asset composition for many South African asset managers.
In turn, if you dig a little deeper, you’ll see Naspers gets the overwhelming majority of its valuation from its holding in Tencent. At face value, this is not a bad thing as Tencent is itself a great company. But, at the end of the day, Tencent is also a Chinese company. And like all other Chinese companies, Tencent is at the constant mercy of the all-powerful Chinese Communist Party (CCP) and its leader for life, Xi Jinping.
One misstep on the part of Tencent, or a change of “will” at the politburo, and the red hammer will come crashing down, taking Tencent’s share price with it. And this is not just speculation. We have already tasted what political interference could mean for Tencent and by extension Naspers.
Last year, Chinese authorities suspended the licencing of new video games. This decree, for the good of the proletariat, dragged down Tencent’s share price. As a result, Naspers’ shares fell almost 40% in value. There is no question, the destiny of Naspers is very closely linked to the “will” of the CCP, and that “will” can be harsh and unforgiving.
But it seems South African investors are only too ready to accept these risks. As part of the work I do, I review client’s portfolios in the context of their overall wealth building strategy. That means unpacking and analysing exactly which underlying assets my clients have exposure to. Once you strip away many of the layers created by different financial products, many people are surprised to find they have allocations to Naspers in excess of 10% of their total wealth.
Let’s say that again, many South African’s have more than 10% of their total wealth exposed to a single Chinese internet company.
Recommended:
________________________________________
Do you want to earn an extra R5,100 a month
from simply opening an SMS
What I'm about to show you only takes about five minutes to put into action...
You won't have to crunch any numbers...
You won't have to calculate anything...
Click here to find out more...
________________________________________________________________________________
“Concentrate to create, diversify to protect.”
There is a saying in investments circles: “Concentrate to create, diversify to protect.”
I have no issue with taking a bit of risk to generate an extra return, but I do have a real fear that South African investors are not aware of just how concentrated some of their investments have become.
We’ve seen it time and again, especially when it comes to the darlings of the South African stock exchange. Investors, both professional and amateur, turn a blind eye to the risks associated with their holdings.
And, while the company itself has done a lot to try and diversify it may not be enough. Naspers has spent billions over the last few years investing in other start-ups. They hope to find the next Tencent and maybe they will, but in the meantime, there are very specific events that could significantly affect your overall level of wealth. My view, given the current environment, be cautious.
Of course, discussing the specific risk around an individual stock as it relates to your portfolio is difficult. It first requires me to understand your specific risk profile.
If you are interested in having your portfolio analysed free of charge send me an email on support@randswiss.com. Please also remember mention you’re a subscriber to Money Morning. I don’t just do this for anyone, so this is a special offer for subscribers to this newsletter only.
Christo Krog,
Rand Swiss, Wealth Manager
Tags: christo krog, naspers, china,

Should you protect yourself from a potential Naspers implosion?
Rate this article
Note: 5 of 1 vote