Should you use this massive sell-off to buy into China? 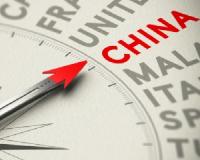 For years, many in the West have admired the ability of the Chinese Government to push through policies that would never fly in a democratic country. This has allowed them to build structures like the Three Gorges Dam.

This hydroelectric project is the world's largest power station and provides about 10% of the country's electricity. But it also required the relocation of over 1 million people.

Some even claim that it's China's authoritarian style of government that has allowed them to grow so much faster than their neighbour, India. It's not uncommon, in India, for public and private projects to be stalled by protests, sometimes for years. There are numerous cases where multi-billion-dollar infrastructure or industrial projects have been delayed by decades due to a few dozen protests.

However, China's level of government power also comes with downsides. Not just in terms of human rights, but also in terms of economic growth. As the saying goes, “power corrupts, and absolute power corrupts absolutely.”

Chinese history provides many examples to back this up, especially during the reign of Chairman Mao.

Mao attempted to modernise the country through his Great Leap Forward. He wanted to boost industrial and agricultural production to surpass the US.

Instead, he actually ended up causing massive suffering, a drop in GDP, and perhaps the largest famine in human history. The reason for this is simple. Due to his authoritarian methods, when he issued a command, it was followed without pushback. This meant that bad strategies would be implemented and the people who suffered had no way of changing the policy. There was no feedback loop.

It’s no coincidence that China only started to grow when government control was reduced through a series of reforms.

How NOT to run out of money in retirement

According to one survey, nearly half of South Africa think they’ll never retire.

Are you one of these South Africans? Do you believe you’ll never retire comfortably?

Or worse, that you’ll never retire at all?

Because if you are, I’ve got news for you. It doesn’t have to be this way.

The consequences of an authoritarian government

Now Chinese Premier Xi Jinping is rolling back these reforms. We are seeing the return of Mao era decrees. The Zero Covid, local computers and software only for government institutions, and video game restrictions are just a few of the recent policies the government has put in place. They all sound reasonable on the surface (who doesn’t think kids spend too much time playing video games) but without the feedback loop, provided by democracy, all these policies have been taken too far. They are already causing significant (unintended) harm.

The limit on video game usage resulted in the increased monitoring of gamers including facial recognition.

Zero Covid has caused the Chinese Government to lockdown Shanghai, a city of more than 25 million people, for multiple weeks. For context this is a lockdown like nothing we experienced in South Africa. People are literally shut into their homes and unable to go to the shops for food. There are several reports that people are going hungry as supplies run low.

The move to use local computers and software also sounds reasonable. The use of foreign IT infrastructure could make the Chinese vulnerable to cyber-attack and sanctions. The policy was announced in 2019 with the prescribed shift to local over 3 years. That meant 30% in year one, 50% in year two, and 20% in year three. The so called 3-5-2 policy has caused massive disruption.

By some estimates, it has pushed public sector productivity back a decade.

So, does this mean China is too dangerous as an investment destination?

You might be surprised to find the answer is a resounding no.

China is still the world’s second largest economy. So, despite its internal problems, the investment potential is simply too great to ignore. At the same time, making successful investments isn’t just about growth potential. It’s just as important to make sure you’re paying the right price when you buy in.

Let’s think about Chinese companies the same way you would when buying a house. Right now, crime statistics have spiked, but the quality of the buildings and nearby amenities are still fantastic. On top of that you can make your purchase at far below recent values.

******
Want more free time?
Less work?
And a Hobby that pays you consistently?

I have just the thing for you…

It’s true that Chinese regulatory changes (crime stats in the metaphor above) have spooked investors. Chinese markets have fallen over the last few years.

But the prices you pay today are even lower due to the risk-off trade we’re feeling thanks to rising inflation in the West, the Ukraine war, and general concern around global economic growth.

As I highlighted last week, long-term investors should be seeing this sell-off as a golden opportunity. Yet, at the same time there are ways to make sure you’re protected even if things stay bad for a while.

Five years ago, I wrote a recommendation around a structured product that covered Asia and the Far East. It offered my clients 100% downside protection. Then added a 5% guaranteed return for investors. The product was entirely based offshore in US dollars. It also added an upside gearing to a capped point.

It was a conservative product. It created a payoff that would perform well if markets fell but would perform brilliantly if markets finished the 5-year period only slightly higher. The downside was that if the markets were incredibly strong over 5-years you’d only get around 12% per year in dollars.

As it happens, we’re about to finish the five-year period. My investors are up close to 100% in rand terms (despite the madness we’re currently seeing in global markets). The product is going to deliver the maximum return possible, even though the pay-out will arrive during a particularly turbulent period.

The good news for you my dear reader, is that because this product is coming to term, we can re-offer entry to new clients. The great news is, that if markets can just remain low for a few more weeks, we’re all going to get an incredible entry price and thus the probability of an excellent return after 5-years will be very, very high.

So, if you are interested, please email me on support@randswiss.com with your name, phone number and the PROMO CODE: CHINA2022.
The minimum investment is $19,000 (US dollars) or A$25,000 (Australian dollars) and the product will close in June. Once closed, this unique opportunity will no longer be available.

This investment is suitable for slightly more conservative investors (that requires capital protection) but would also like to ensure they don’t miss out on the upside when/if global markets swing back higher.

Should you use this massive sell-off to buy into China?
Rate this article
Note: 3.67 of 3 votes