South Africa vs the World 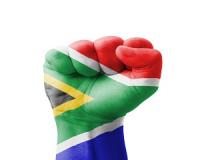 If you have a JSE portfolio, you know the markets have been bad for the last few years.

The recent underperformance of the JSE is a key reason many retirees are now experiencing a shortfall in their savings.

Alexander Forbes recently said that only 5.1% of their policy holders can maintain their lifestyle when they retire.

They were likely given retirement polices that worked off the historic average.
Recommended:
________________________________________
This simple strategy beats ANY investment hands down - and to claim R1,558, R766, R1,342 or even R1,433 instant pay outs, simply add me to your contacts...
There's no big secret. No flashy equipment. No pie-in-the-sky schemes...
Quite simply, I'm going to make you an extra R5,100 a month from trading...
The SMS’s I'll be sending you will each contain simple, profitable trade instructions.
Sceptical? I understand…
Click here to learn more about my incredibly simple plug and play investment strategy.
________________________________________
The Rands performance is a concern for global markets
The performance is even worse in hard currency.
Over that period, the rand has fallen about 18%. This means the index is actually negative over the last three years when measured in USD.
This is unfortunately a South Africa specific issue.
The S&P 500 is up about 40% in USD over the exact same time period. This works out to be significantly better than its historical average performance.
If SA was negative over a period of exceptionally strong global markets, we can only wonder how we perform when global markets fall.
Recommended:
________________________________________
Why the 2019 Super Rugby could be your ticket to win big!
Learn the simple secret of taking the gamble out of gambling
Join one small, elite group of bettors will be pocketing windfalls of R1,006... R1,180.. even R1,450...  from EVERY match...
________________________________________
Other factors are effecting our local market
Beyond pure performance there are reasons to be concerned about the local market.
Our financial system used to rank among the best in the world. In fact, just a couple years ago we were top. Now, after Steinhoff, EOH and others, we’ve fallen to well outside the top 20.
Far too many of our established companies are down more than 50% from their highs.
Some sectors, such as construction, look to be on the verge of total and utter collapse.
Yet the JSE represents a tiny fraction of the global financial market. Even if it were the best place in the world to invest, it wouldn’t make financial sense to have the majority of your funds invested in one place.
Think of it this way: Imagine, after doing some careful analysis you thought Mr Price was the best share available. Would you put more than 50% of your life savings into it? The answer is obviously no. It would make even less sense to put most of your money into a share you didn’t think was the best.
However this is the decision that the majority of South Africans make. They choose to put most of their money into a market that they don’t believe is the best.
What is even more astounding is that too many advisors and investors don’t realise just how simple it is to diversify their investment exposure offshore. If you’re interested in finding out more about the best routes for offshore diversification, feel free to contact me on support@randswiss.com.
Viv Govender,
Wealth Manager
Tags: viv govender, south africa, rand, currency

South Africa vs the World
Rate this article
Note: 3.5 of 2 votes