Special Update: The looming global food crisis. And what to do about it. 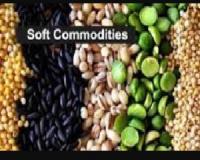 A few weeks ago, I made a rather extreme prediction. I predicted the world would be entering a period of greater instability triggered specifically by food price increases. Normally I would wait a little longer before writing a follow up, but things are changing rapidly on the ground.

Over the last week or so, we've seen upticks in instability across much of the emerging world. Protests have erupted in South Asia, the Middle East and South America. Egypt, Lebanon, Pakistan, Sri Lanka and Peru may be the first countries to feel the rising tension I've been predicting, but they are unlikely to be the last.

Before I go on, let's be clear: I am not claiming everything was going swimmingly in these countries before the surge in soft commodity prices. I accept that most were already facing serious issues. In fact, all of these countries could all have been deemed “fragile states” before the start of the Russia-Ukraine war.

Pakistan has been plagued by a series of coups since its formation and Sri Lanka has just ended a decade long (very bloody) civil war. The troubles of Egypt and Lebanon are well known. Even Peru has been in a crisis state since around 2017. However, the speed at which all these countries now seem to be sinking (since the start of the war) is unlikely to be a coincidence.

Even on our continent, we're seeing a rapidly rising panic about food. There are concerns about food security across much of Africa. In West Africa, aid agencies say over 25 million people could go hungry by June. And another 10 million in East Africa according to OXFAM. In Southern Africa, Zimbabwe alone could have as many as 7 million people fall below the bread line.

In 2021 we made a number of big gains on penny stocks that were down and out because of the Covid Pandemic – and then recovered.

Now, I've identified five more companies that are ready to rebound in 2022... If you act now you could see your investment double in the next 12 to 18 months...

As with Covid, when governments become overzealous about ensuring their populations are protected first, serious economic inefficiency creeps into the system. For example, during the pandemic, many countries allowed vaccines to expire in stockpiles, rather than export them.

If the last two years are anything to go on, countries (especially those with money) are likely to start buying too much, for fear of having too little. On its own, this shift could result in food shortages in poorer regions.

So, what can you do about it?
I firmly believe we’re going into a period of very high food price inflation (especially compared to the last few decades). And government stockpiling is going to be the least of the challenges. Climate change, supply chain issues and civil unrest will all play their part.

Firstly, before you panic and run to the local grocery stores to create a tuna-filled pandemic-pantry, understand South Africa does have a higher level of food security compared to many emerging nations. Although, these days given the interconnected nature of the global economy, you cannot look at any country in isolation.

So, while I don’t believe you’ll see bare shelves in the local Spar. Instead, we’re going to feel it in the price.

The wealthier shopper will be much better able to absorb the increased grocery basket cost. This is because food is a significantly smaller percentage of total spend. Lower income households however are going to feel a massive squeeze.

There are many practical steps you can take to protect yourself and your wealth.

From a portfolio management point of view, it could be as simple as looking at the target market of the positions you hold. For example, you might want to consider a bank like Investec (JSE:INL) over something like Capitec (JSE:CPI).

On a tactical level you could look at shifting more of your overall exposure to developed markets overseas rather than riskier emerging markets.

And finally, on a personal level, you should most likely be building a lifestyle buffer. You could decrease non-essential spending and start to build up some reserves. Now, given the post-Covid landscape we’re not exactly in “boom times” but believe me, it can get A LOT tougher. On a relative basis, looking back in a few years, tightening the belt and being a bit more conservative might just be the best thing you’ve ever done!

PS.  Our friend Timon Rossolimos is offering subscribers a great way to learn to trade CFDs successfully.  If you have always wondered how this exhilarating market works, then why not check out his programme.

Special Update: The looming global food crisis. And what to do about it.
Rate this article
Note: 2.94 of 9 votes