Steinhoff 2.0 is at it again 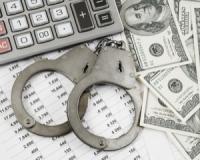 In July 2018 I told investors that Trustco Holdings, and the accounting tricks the company were up to, was flashing red lights on my radar…

As I explained to investors back then, Trustco was being investigated for insider trading, the company's CEO has a dubious management and remuneration agreement with it, and there were deals being done with the CEO that weren't fair to investors.

What's more, the company lost R317 million cash from operations in 2018, after a R72 million cash flow loss in 2017 (but on paper it reported ‘profits' for both years).
________________________________________
"The ONLY strategy you need to help you secure
a wealthy retirement"
If you're investing for the future… earning R10,000 or R100,000… retiring in a few years or in 25 years' time…
This is the ONE wealth-building strategy that can help you build a significant retirement fortune.
In fact we think this will have such a big impact on your personal wealth…
We'll let you try it out for six whole months under no-obligation.
AND take more than R400 off the normal price.
Click here to find out more…
________________________________________
Trustco’s latest results reveal a questionable accounting trick
In its latest results Trustco pulled a ‘legal’ but unethical accounting trick.
In 2014 Trustco bought a property development arm. The properties it owned were worth R247 million on Trustco’s books in 2018.
But, in Trustco’s own words from its financial report: “Due to the decline in the property market, as evidenced by relatively low demand and a decline in property prices, caused by the slowdown of the Namibian economy, management decided to review its plan and developed a new strategy as regards the extraction of value from these property assets.
The revised strategy is to hold the properties for longer term capital appreciation and not for short term development and sale.
As a consequence, the board decided that the planned imminent development of the affected property assets be cancelled immediately. The strategy adopted for the affected property assets is now aligned with that adopted for other similar property assets within the property portfolio of the group which have been accounted for as investment properties.”
What Trustco’s saying here is that:
1. The property market in Namibia declined and it is struggling to sell the properties
2. Due to low demand there has been a “decline in property prices”
3. Trustco will no longer sell these properties but hold on to them and hope they appreciate in value
Now, here’s where the accounting trick comes in…
Development property is held on the books as inventory. Investment property is held on the books as a long-term asset.
By making the change from development inventory Trustco effectively “sells” the development property to itself. It claims the value of the transaction as “revenue”.
But wait, that’s not all!
Trustco ‘revalued’ the properties, and it now tells investors the properties that were on its books for R247 million (and couldn’t sell) are now worth R984 million.
That’s right – in a market where Trustco itself admits property prices are dropping it claims a 298% increase in the value of its properties…
But it’s even more shocking than that.
This move allows Trustco to book R984 million as “Revenue” and book a R693 million profit. But there were no cash inflows, and no real value created for shareholders.
Let me be clear – this ‘accounting trick’ is allowable. It is not illegal. But it is unethical. Considering what transpired it does not show shareholders a true reflection of what is transpiring at Trustco.
Trustco is in trouble if you look at its real sales
On paper it looks as though Trustco had a smashing year.
Revenue soared from R801 million to R1,478 million.
Profit shot up from R273 million to R725 million. Earnings per share increased from 23cps to 70.99cps.
But let’s have a look at what these numbers really should have been: If you look at this table, you’ll see Trustco’s revenue decreased in all of its businesses, except for ‘other revenue’. In fact, revenue dropped to R494 million from R801 million.
So instead of having ‘grown’ revenue by 84%, the company’s revenue actually dropped 38%.
Recommended
________________________________________
Your chance to win on the ICC Cricket World Cup 2019!
Every day thousands of punters are looking for the perfect bet in sports betting! Most people think winning bets is down to blind luck.
And I get that.
But while there is an element of chance involved, the really, really great tipsters out there spend their time analysing hundreds - sometimes thousands - of pieces of data.
Then, that data is collected, collated and analysed.
It's pretty much a full time job…
And the hard work really pays off.
Take this guy for example…
He's produced winners of up to R1,240 and even a whopping R1,870.
Every Friday evening he sends his readers simple, step-by-step instructions on what bets to place.
In short, it couldn't be easier for ordinary people like you to take advantage of this.
Overall, this trends expert lands a profit in around 67% of his bets.
Don’t miss this opportunity to get in on this betting strategy for the 2019 ICC Cricket World Cup.
________________________________________
Trustco’s CEO gets paid based on company performance
I usually believe that its positive when company management is remunerated based on the performance of the company.
But in this case, there’s a massive question mark.
You see, the remuneration should be based on value created and long term metrics. Not short term, manipulatable items.
Trustco’s CEO Mr Quinton van Rooyen, does not receive a salary. He is however paid management fees, surety fees and interest to a company owned by him. Van Rooyen’s remuneration looks as follows:
• 0.5% of the turnover of the group
• 1% of the headline earnings of the group
• 1% of the basic earnings of the group
That means the higher turnover and earnings are, irrespective if they generate cashflows, the more Mr van Rooyen is remunerated.
So, by doing a paper transaction turning property from inventory into investment property – something that doesn’t add any value for the shareholder – Mr van Rooyen receives an additional R4.92 million in management fees for the turnover of the transaction.
Trustco’s cash flows show it is in trouble
As I mentioned earlier Trustco lost R317 million cash from operations in 2018, after a R72 million cash flow loss in 2017.
For 2019 it lost another R 149 million in cash from operating activities alone. Then a further R283 million from investing activities, and this was countered by borrowing a R1 billion amount from the CEO Mr van Rooyen.
In short, I’m not a fan of what this company is doing. This is my warning to investors – STAY AWAY.
Here’s to unleashing real value,