SUSPENDED! You stand to lose your entire investment 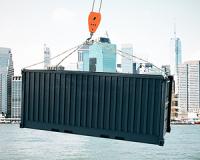 Right now, there are at least 26 suspended shares on the JSE.

If you own one of them, you'll know you can't sell your shares and there's no hope of growth coming from them.

If you're incredibly lucky you might receive cents on the rand for your investment.

But, if history is anything to go by, your cash will be tied up for years, and you might as well write off your entire investment!

So why are some shares suspended by the JSE?

There are a couple of things that could trigger suspensions:

What happens when a company is suspended?

When a company is under threat of suspension, it can present reasons to the JSE why the suspension should not take place. However, if a company is suspended and doesn’t take adequate action to enable the JSE to reinstate the listing within a reasonable period, the JSE may delist it altogether.
In short, when a company is suspended you can’t trade its shares. Your entire investment in it is tied up, and could eventually prove worthless!
Even if a company is suspended from trading on the JSE, it must still comply with all the JSE listings requirements. It must submit a monthly progress report to the JSE on the current state of company affairs and any action it might take to have the listing reinstated. A suspended company must also advise the shareholders, on a quarterly basis, of the state of company affairs and any action proposed by the company to have the listing reinstated, including the date on which the suspension is expected to be lifted.

Which companies are currently suspended, and why?

At the moment, there are at least 27 companies suspended on the JSE.
The bulk of these companies are small-cap shares.
This is because of a legacy of too many low-quality companies that listed on the JSE in the listing boom of the early 2000’s. These were companies that weren’t ready for listing on the JSE, or with opportunistic owners that saw it as a way to make a buck. They’ve become unable or unwilling to do business on the JSE now…
Suspension in many cases was voluntary, i.e. requested by the company rather than imposed by the JSE. The main reasons for suspension are, either the company entered business rescue proceedings, or is in the process of liquidation.
Other reasons include a failure to submit or publish results or financial statements, or that the company cannot keep unpublished price-sensitive information confidential.
Companies like Bonatla and Command have been suspended since 2007 and 2010 – showing just how long your capital could be tied up in a bad investment… There are a couple more suspensions, but these are shares like African Bank and Chemspec preference shares – but these companies’ ordinary shares are already on the list so I did not include them a second time.
If you invest in a company, make sure that it’s compliance with JSE rules have been exemplary. And, if an announcement is made that the JSE is considering a suspension…
Run.
Here’s to unleashing real value
Francois Joubert,
Editor, Red Hot Penny Shares
Tags: suspended stocks, suspended stocks on the jse, bad jse investments, bad stocks, bad investments, jse stocks, what triggers a stock suspension, how do you get your money out of a suspended stock, why do stocks get suspended

SUSPENDED! You stand to lose your entire investment
Rate this article
Note: 3.68 of 11 votes