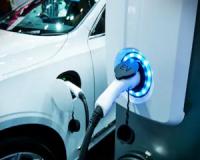 It's not very often you see a $140 billion company grow this rapidly?

Let's take a look at what's behind this astronomic growth?
________________________________________
Three Penny Superstar Stocks Taking on the JSE in 2020
These three stocks are not going to stay in penny stock territory for long.
Because owning a portfolio of these three recovery shares now could be one of the smartest investment speculations you make in 2020.
Find out why here.
________________________________________
The Rise of the Electric Car Generation
For years electric cars have promised massive growth, but the industry’s been slow to deliver.
2019 though was a big turning point for the industry.
December 2019 saw 279,000 EV’s sold for the month.
That's 7 x more than the total monthly car sales for South Africa.
And Tesla on its own sold around 367,820 EVs for the year – that’s almost as many cars as South Africa sells in an entire year!
This saw Tesla increase sales by 17% for 2019.
In the meantime EV sales are rapidly taking over from internal combustion cars – as fast as production can be met.
In Norway for instance EV sales hit 42.4% of total car sales for 2019.
That’s right, nearly HALF of new cars on the road in the country are electric!
While European countries top the list in terms of the percentage market penetration the highest absolute sales figures for EV cars goes to China with 1 million cars and then the USA with around 361,000 cars for the year.
But that's not the only reason...
________________________________________
Did you miss ANOTHER triple-digit gain this last month?
Those canny Pickpocket Traders didn’t - this time a 389% gain from an USD/ZAR trade.
And this isn’t a one-off lucky strike. In the last three months, Trader X and his followers have banked gains of 52.88% from Brent crude... 37% from US 500 and 135% from the South African rand!
You can find out how to test-drive these trades right here…
________________________________________
With EV sales shooting through the roof – these industries stand to profit
When it comes to EV’s we always hear about metals like cobalt and lithium.
But there’s another metal that stands to make massive gains on the back of the EV industry’s growth.
Copper is essential for the efficient performance of all types of electric vehicles. A pure electric vehicle contains more than a mile of copper wiring in its stator windings. Besides its use in electric motors, copper is used in batteries as well as inverters, wiring and in charging stations, owing to its durability, malleability, reliability and superior electrical conductivity.
A typical EV contains 10 times more copper than a conventional vehicle. While conventional cars contain roughly 10-25kg of copper, a hybrid electric vehicle (HEV) typically contains 40kg of copper and a battery electric vehicles (BEVs) typically contain more than 90kg of copper, a single battery electric bus contains a whopping 400kg of copper.
Now here’s the thing – at 1 in 40 cars being an EV, the industry hasn’t made that big a dent in the copper market yet. But imagine when car sales hit the point of 1 in 10 cars worldwide being an EV…
That would easily mean 640,000 tonnes of extra copper demand per year. Conservative estimates are that by 2027 the EV market alone will account for an additional 1.7 million tonnes of copper demand per year!
And what’s more – this doesn’t even consider all of the charging stations that’ll be built to accommodate these cars.
Estimates are that around 40 million new charging ports for EV’s will be built by 2027 – adding another 100,000 tonnes of copper demand to the system annually.
So you should look wider than just car manufacturers to benefit from this trend – over the medium run there will be many other companies transformed thanks to rapid growing demand. We’ll see new utilities companies arise, instead of oil companies with filling stations it’ll be electricity companies with solar and wind power operating charging stations. Copper miners and recyclers will have their hands full to produce enough of the metal.
Right now I’m particularly excited about Jubilee Metals, a tiny JSE listed company that’s embarked on a drive to turn old mine dumps into valuable commodities.
It’s building a plant to produce copper, zinc and cobalt from the dumps of what was the largest copper mine in Zambian history.
It's definitely worth adding to your watchlist.
Here’s to unleashing real value,