The BIG Story Investors Missed During the US Election 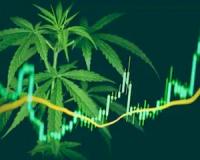 Last week was crazy for all sorts of reasons…

The JSE rallied over 7%.

Covid-19 cases spiked in the US and Europe forcing new lockdown measures.

However, the main focus on everybody's mind was the highly anticipated US elections on Tuesday.

Although the election may still be contested (due to Trump's legal challenges), there's one thing everyone agreed on last Tuesday…
________________________________________
Make triple on this investment! - A niche manufacturing company that's literally DOUBLED its footprint in Europe over the last couple of years...
________________________________________
More legalisation of marijuana!
The electorate may be divided on many things, but for cannabis, it was a clean sweep!
Gallup’s latest polling shows that legalisation is more popular than ever, with 68% of Americans — a new high — supporting legalization.
And that support showed up in the voting booth, where cannabis passed in every state where it was on the ballot.
• New Jersey, with a population of 8.9 million, voted “yes” in a referendum to legalise recreational adult-use cannabis.
• Arizona, with a population of 7.8 million, also voted to legalise recreational use.
• Mississippi, with a population of 3 million, voted to legalise medical marijuana.
• Last South Dakota, a state with a population of 900,000, approved legalising cannabis for both recreational and medicinal purposes.
Altogether (including newly adult-use legal Montana), over 20 million Americans will have access to cannabis for medicinal or recreational purposes with these votes.
It’s also huge news for the cannabis market. The fact that three controversial, conservative states – Montana, Mississippi and South Dakota – passed measures for legalization is a sign of the times.
As of now, there are 36 states and two territories, Puerto Rico and the US Virgin Islands, that allow the use of medical marijuana. While 15 states, Washington DC, Guam and the Northern Mariana Islands can legally sell cannabis to adults.
________________________________________
Pickpocket Trader makes 243% gain on one trade
Were you one of the lucky Pickpocket Trader subscribers who cashed in on this huge profit on the Rand?
No?
Click here to find out how you too can start raking in the gains
________________________________________
Billions of revenue to pour in thanks to the latest legalisation
According to analytics firm New Frontier Data, the latest legalisation could add $9 billion in revenue to the US cannabis market.  By 2025, revenue from cannabis sales is estimated to rise to a whopping $35.1 billion from around $15 billion today.
The industry will also create thousands of new jobs and bring in much needed tax revenue for certain states.
And cannabis investors were certainly happy about the news with shares in pot stocks rallying. For instance:
Aurora Cannabis shares soared 195%... Tilray surged 84%...And medical marijuana company GW Pharmaceutical, rose nearly 32%.
According to Jason Spatafora, co-founder of marijuanastocks.com,
“The industry is now entering a second bull market since sales of cannabis and products such as edibles are definitely recession and COVID-19 proof. Even before the industry was deemed an essential business, sales except for February have risen every single month."
In short, this is definitely a sector to watch in 2021.
If you don’t own any marijuana plays yet, I think it’s time to consider adding them to your portfolio.
See you next week.
Joshua Benton,
Managing Editor, Real Wealth
PS. Up nearly 50% in just 6 months – Find out why this small JSE fintech guru could still double your money in the next 24 months…
Tags: joshua benton, investing, us elections, marijuana, cannabis market

The BIG Story Investors Missed During the US Election
Rate this article
Note: 4.42 of 6 votes