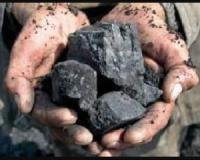 A year ago, banks were saying they don't want to finance coal mine development any longer.

It looked like there was little interest in the commodity going forward.

But now the price of coal is booming.

In October last year a ton of export coal sold for around $90.

Here’s how you can use market volatility to generate an income 12 TIMES A YEAR!

In Joshua Benton's latest issue of Real Wealth out now, he reveals this income generator and…
•    Why major energy investors are backing this particular SA helium and gas producer – and so should YOU!

Reserve your no obligation, trial copy of Real Wealth Research Advisory, and you'll automatically gain access to one of the best performing stock portfolios in South Africa right now.

The Netherlands, Germany and Austria shuttered many coal power plants over the last decade as these countries try to reduce their reliance on greenhouse producing fuels…

But the soaring lack of alternative gas supplies, as well as the difficulty in transporting it is forcing these European countries to re-evaluate their positions.

The Netherlands said it would lift all restrictions on power stations fired by the fossil fuel, which were previously limited to just over a third of output. Berlin and Vienna made similar announcements as they faced shortages of gas supply due to sanctions against Russia.

Habeck, announced a return to "coal-fired power plants for a transitional period" to reduce gas consumption for electricity production. The Germans plan on starting up as much as 10 gigawatts of idle coal-fired plants for the next two years. This despite Germany's plans to exit coal-fueled energy production

To exacerbate the problem – Germany’s last three nuclear plants producing 4 gigawatts of electricity are scheduled to be shut down end of 2022.

Denmark has also initiated the first step of an emergency gas plan due to the Russian supply uncertainty.

Italy moved closer to declaring a state of alert on energy after oil company Eni said it was told by Russia's Gazprom that it would receive only part of its request for gas supplies this week.

Because of this situation most countries that committed to phasing out coal this decade, are pushing out their plans into the 2030s.

While I am certainly excited about the use of renewables like wind and solar – they simply aren’t base load solutions right now. Coal power is still much needed. And this current crisis shows why…

Until another solution, like safer baseload nuclear can be implemented, I expect we will see this increased demand for coal carry on.

And with a lack of new coal mines coming online in the past decade – this will certainly boost sales for coal mines that are operating well right now.

BHP planned on selling its Australian energy coal business, and has since announced it will retain it, and plans on mining till at least 2030.

Glencore is on course for group ebitda (earnings before interest, tax, depreciation and amortisation) of $29bn for 2022 of which coal comprises around 36% ($10bn), said JP Morgan Cazenove in a recent report. At spot, however, ebitda is more like $40bn of which coal is half.

“We expect coal prices to remain higher for longer due to the Russia/Ukraine conflict and for this to underpin exceptional cash returns by Glencore over the next one to two years,” according to UBS analysts, Myles Allsop and Daniel Major.

In South Africa there are a number of options if you’re looking at coal miners…
Firstly there’s shares in BHP, the Glencore, Thungela, Salungano, Sasol (even though it uses coal for fuel) and Exxaro. Both South 32 and Anglo American no longer producer energy coal, but only metallurgical coal.

Even though coal isn’t a favoured commodity – for the next two years it will be highly profitable. And perhaps even for longer.

PS.  While global asset classes all around us may seem to be collapsing, there are significant bargains to be found on the JSE.  As I advised my Red Hot Penny Share members, don’t get anchored to stock prices, this can be to the detriment of your investing.

Right now, I have five seriously discounted quality stocks in my small cap millionaire portfolio that you should be snapping up.  You can get details of these five stocks and exactly how to avoid anchoring bias in my latest Red Hot Penny Shares issue out Friday. Don’t miss out sign up for a risk-free trial today.