The Eskom Coal Cliff - A Gift you shouldn't waste 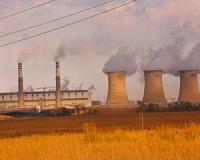 There are two approaches to making money from the markets.

The well-trodden path. The path almost everyone seems to take. The one that grinds out a decent return over the course of a life. Safety first.

If you're patient, if you're willing to wait 30 or 40 years for a meaningful return on your capital… that is the path for you. Go out today, buy an ETF and never look at an individual share again!

But there is another way, another path.

It's the way I have taken and it's the way that I have shown to a handful of other people. At time of writing they've made market beating gains for seven years, with gains of 221%, 164%, 215%, and as much as 54% in a mere 5 months!
________________________________________
Are you ready for the Penny Stock Energy Eruption?
One imminent event is fast approaching…
It has the potential to send 3 specific penny stock companies through the roof.
According to our in-house penny stock expert Francois Joubert, these Penny Stock Eruptors could ignite a price rise of 400% or even higher.
That gives you three clear shots at turning a small stake that you can afford to risk – say R10,000 – into as much as R40,000!
If you want in on these three potential Eruptors, I’m making it easy for you.
Francois is sharing details on how to claim these plays here.
All you need to do is register and I’ll send you a free viewing pass.
Click here and do that now.
________________________________________
I call it the desire path
You’ve know doubt experienced a desire path before and had to make a choice.
Think of it as a path and as you look ahead the path splits in two and you now have to make a choice…
A desire path is created by those who want something different. The path set out by others is not for them. Usually the goal is to get somewhere quicker, more efficiently, in a way that works for you.
And, importantly, the desire path only exists because the crowd will it. It is created by sheer desire.
That’s why we have seen an end to Zuma, the Gupta’s and why we are slowly seeing corruption being weeded out of state owned enterprises such as Eskom… think of these outcomes as a result of a powerful desire line.
And as the truth about Eskom’s failures become more and more apparent, there is a surging interest in renewable energy. Besides being dissatisfied with Eskom incompetency, people are dissatisfied with a corrupted, polluting coal and gas industry… one that simply doesn’t work anymore.
Whether it is escalating electricity prices… Or Eskom running out of coal – and shutting off our lights.
Something is very wrong.
For years now, Eskom has been using our money to employ politically connected people, at huge salaries. In fact, it’s increased its number of employees 50%, whilst productivity dropped 32%.
So, what is the way out of this mess?
The South African Renewable Energy path
As Eskom runs out of coal and we expect the lights to go out this winter, there’s a major force emerging against Eskom’s incompetence.
And it is unstoppable.
There is a renewable energy boom about to break through.
A complete change in the way we produce electricity today.
Government just signed R56 billion worth of contracts to build new wind and solar energy projects in the next two years.
As we speak, a contract has been signed to supply wind power at less than 60c per kilowatt hour. You’re currently paying around R1.80 for the same amount of electricity, predominantly from a coal-fired plant… Eskom’s newest coal plants will likely produce electricity at R1.16/kWh!
No matter what the main stream media and energy experts say about renewables, they are taking over. They have the ability in many cases to provide power 24/7 – as has already been the case at South African operations.
But mostly the evidence speaks for itself…
Worldwide new renewable energy and coal installations are booming
In 2016 growth in solar power capacity overtook new coal-fired generation for the first time, showing how the falling cost of green technology is reshaping the global energy system.
Solar capacity grew faster than any other source of electricity, during which almost two-thirds of net power capacity added around the world was renewable, with 126 GW of solar and wind power against 86 GW from coal and gas.
"While the current economic climate has driven a relentless focus on costs, that focus is paying dividends with the global cost of electricity from renewable sources falling year-on-year," Ben Warren, the chief editor of RECAI, said in a statement. "Combined with the plunging cost of battery technology, we anticipate further rapid growth of the evolving renewable energy sector in the coming years."
________________________________________
If you have a cellphone you could make hundreds of rand extra every week from sports betting...
Want to make BIG money in 2018!
The kind of money that lets you live the life you've always dreamed of: A life where the golf course is your office... A life where your kids are guaranteed the best education - anywhere in the world... A life where an annual overseas holiday is the norm, not the exception.
If you want that type of money, listen up...
________________________________________
Eskom’s troubles spell a new desire path - South Africa’s own energy revolution
When you consider that:
It has actually opened a massive opportunity for savvy investors to profit.  And that’s how I uncovered what I have termed Penny Stock Eruptors. Smart South African energy companies that will soar in price as the energy revolution takes off.
Penny Stock Eruptor #1: A coal miner that's set to double production and come to Eskom's rescue
Penny Stock Eruptor #2: A little known company turns refuse into electricity
Penny Stock Eruptor #3: A company that builds and manages renewable energy plants
To find out more about these opportunities, check out the details on my latest research report here.
Here’s to unleashing real value

Francois Joubert
Red Hot Penny Shares
P.S. There’s no time to waste – this desire path is expanding faster than you realise and you don’t want to miss out. Not convinced – then you must read my report here on why I believe these three energy companies in particular, are set to erupt in price as the renewable energy revolution takes hold here in SA.
Tags: francois joubert, red hot penny shares, eskom coal cliff, eskom

The Eskom Coal Cliff - A Gift you shouldn't waste
Rate this article
Note: 4.25 of 4 votes