The EV revolution is happening! 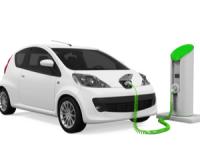 Northam Platinum CEO, Paul Dunne said in a recent interview with MiningMX “There's been a lot of hype around battery-powered EVs, but these will not replace the internal combustion engine for a number of reasons.”

Now I understand you ‘talk your book'. If you are a platinum miner, you want to ensure people know you are positive of the outlook for the industry you operate in.


Why I think these four shares could make 2018 the most profitable year of your life
In your playbook, I’ll reveal full details on how to buy into: PLUS, I’ll also give you free access for 90 days to my Red Hot Penny Shares newsletter.
So you can see that these double your money stock opportunities don’t just come round once in a blue moon but in fact I’ll send you one or two plays every month….
I’ll also give you access to my ‘Double your Money’ Wealth Package” (worth more than R6,000) to help kick-start 2018 and make it the most profitable year of your life.
Here’s how to get your package and your book immediately.


We’re seeing EXPONENTIAL growth right in front of our eyes…
A 2012 study by oil producing companies put electric cars at 1.2% of the global vehicle fleet in 2035.
By 2015, these same companies revised their forecast upward to 6%. That means, they were wrong by a factor of FIVE TIMES in a mere three-year period. I believe these figures are still a bit conservative…
According to Morgan Stanley’s “Global Autos and Shared Mobility” team of analysts, electric cars will take over the world.
A recent article by the MIT Technology Review states, “Electric vehicles will become a more economical option than internal combustion cars in most countries in the next decade.”
And according to Bloomberg New Energy Finance, around one in three cars in the world will be electric by 2040. Currently there are roughly a million electric cars in the world, compared to 1.2 billion cars in total.
That means, for electric cars to reach the one in three mark, they will grow from the current million to 400 million.
That is 400 times growth!
Simply put, the electric car market is on the precipice of truly MASSIVE growth.
Look at WHAT you invest in – not just to ensure growth – but to avoid value destruction
Simply put – the electric car revolution is upon us.
And things will change drastically thanks to it.
Oil demand will drop. Sure, there will still be many fuel-operated cars, trucks and boats.
But a massive amount will be substituted by electric. And it will force internal combustion engines to become more efficient.
On the flip side, demand for aluminum and copper will soar as electric cars require more of these materials than current cars do…
Sure – the change won’t be overnight. But don’t be caught sleeping when this ‘revolution’ happens. And certainly don’t dismiss it outright as something that’ll never happen….
Here’s to unleashing real value

The EV revolution is happening!
Rate this article
Note: 2 of 3 votes