The “Future of Silicon” Powering 5G 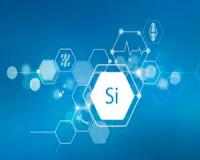 Silicon is one of the most useful elements to mankind.

It's also one of the most abundant elements on Earth…

But did you know Silicon became the preferred material for the growing semiconductor industry?

Before the 1950s, transistorised circuits were manufactured by placing separate transistors on a circuit board.

But by the end of the '50s, semi-conductor companies like Texas Instruments', discovered how to integrate multiple transistors on a single sheet of silicon.

The more elements you could cram onto a silicon ‘chip', the more powerful your circuits could be and the more capable the electronic device.

By the 1960s, the amount of transistors semiconductor companies could cram onto a silicon wafer was constantly rising, while the cost per transistor element kept dropping.

Every couple of years, chips could pack twice as many elements and were therefore twice as powerful — with sharply falling prices.

Today, silicon is still vital for the semiconductor industry. But there's another better, more useful material that some semiconductor companies are now using to power electronics…

One that can be dubbed “The Silicon of the Future”.
________________________________________
URGENT:
5 Must-Watch Stocks for the 5G Boom
You’re about to discover…
• Why 5G is one of the most important developments in human history
• 5 things you must know if you want a chance to get rich with 5G
• 5 companies that could play a crucial role in the 5G boom
You can dive into the details here.
________________________________________
The most important material for tech you've
probably never heard of…
I’m talking about Gallium nitride (GaN).
Gallium itself does not exist in pure form in nature—it is only found by extracting it from other materials such as zinc or aluminium.
Today, it’s used as an alternative to silicon and is a central component of modern consumer electronics.
Have a Blue Ray disc player? You already own some gallium nitride.
Have a flat-screen LED television? That also has gallium nitride.
GaN also helps power military hardware.
But more importantly, it is a key ingredient in 5G networks!
Why?
It offers much greater energy efficiency than silicon, the previous industry standard.
And it can handle the high frequencies used in the networks, while consuming less power and taking up less space than other chip materials.
________________________________________
Get ready for the next revolution in Crypto!
“If you want to cash in on the next crypto boom – read this report as fast as you can!”
To make it impossible for you to miss out:
1. It’s FREE
2. Read on to claim your copy now!
________________________________________
Fabricating chips from GaN in high volumes is still a
niche endeavour…
With most supplies coming from 5G plays SkyWorks Solutions and Qorvo, Skyworks is one of my top stocks to profit from the 5G revolution. But another major supplier and one of my favourite tech stocks right now is Netherlands-based chipmaker NXP Semiconductors.
The company just opened a factory in the US state of Arizona to manufacture chips used in fifth-generation (5G) telecommunications equipment.
The facility in the city of Chandler will make gallium-nitride radio chips for 5G wireless data.
NXP said the new facility will produce chips from gallium nitride wafers with a diameter of 150mm, or about 6 inches - half the size of wafers used for most conventional silicon computing chips.
The factory will also house a research and development facility that will allow NXP’s engineers to accelerate the development and patenting of gallium nitride semiconductors.
The firm said it expects the plant to reach full production capacity by the end of the year, which should boost growth as demand for these chips, soar.
NXP is also becoming a leader in automotive semiconductor tech.
They continue to develop driverless technology, particularly in advanced driver assistance systems. It’s working on building out a portfolio of vehicle-to-infrastructure (V2I) technology and sees 5G as a big driver for not just its automotive solutions but also other 5G-related technology.
All in all, the company sells its products to over 26,000 customers in over 30 countries and generates revenues in excess of $8billion.
In short, NXP is a leading innovator in disruptive tech in booming industries. And it’s a stock you may want to consider investing in as 5G rolls out.
See you next week.
Joshua Benton,
Managing Editor, The South African Investor
Tags: joshua benton, investing, silicon, 5g, 5g plays, gan, gallium nitride,

The “Future of Silicon” Powering 5G
Rate this article
Note: 4 of 2 votes