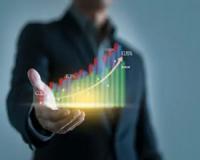 In 2019 alone there have been 19 shares delisted from the JSE.

Not because they're bankrupt…

Or have violated regulations

Or just because it's too costly

They are companies that were selling for WAY less than what they were worth.


Growing international interest in cheap SA stocks is the easy answer to growth right now
I’m talking about companies like Torre Industries, Clover Industries, Wilderness Holdings and Master Plastics.
Master Plastics was acquired by the Metier Private Equity group, Torre Industries by a consortium between management and the Ethos Private Equity group.
In September 2018 Clover shares traded at a low of R13.50, as investors punished the company for slow growth amidst an economic slowdown in South Africa.
But on 19 October 2018 a consortium of companies, led by an Israeli company announced it was interested in acquiring Clover.
Within days the share price hit R17.
By February 2019 more details on the deal were made public and Clover shares again soared past the R20 level as the offer price was set at R25 a share.
Fears of the deal falling apart saw the Clover share price drop back below R20 in May 2019. But regulatory approvals were subsequently granted and Clover was delisted from the JSE at R25 in October 2019.
That means investors could’ve made 85% out of this JSE stalwart in just 12 months…
That kind of movement in share price is just about unheard of when it comes to blue chips!
Late investors getting in on the deal in June 2019 could’ve made a gain of 35% in as little as 3 months!
________________________________________


Clover share price SOARS on acquisition deal by international investor
Events like this seem at odds with what the mainstream media is telling us.
According to the media investors are exiting the JSE in droves.
But savvy investors who have cottoned on to this unique trend we are seeing on our JSE right now are making a killing…
They’re buying JSE listed companies at 50% discounts to their all-time highs, at PE ratios of 4, 5 and 7. And with companies like Balwin Properties trading at a nearly 50% discount to its net asset value its no secret why there’s interest in acquiring and delisting SA Inc…
The recipe is simple.
A share trades at a 50% discount to what it is really worth.
A savvy investor sees that – and they know even if hard times hit, that discount is big enough to make the price they pay worthwhile.
They then acquire and delist a company.
They take annual dividends of 5 – 10% from it for 3 to 5 years (these dividends are enough to pay finance costs for loans in the US or Europe) and then they re-list or sell the company a couple years later at a 50%, 100% or even 200% premium to what they paid for it.
________________________________________
LETTER FROM THE PUBLISHER:
“YOUR TRADER LIFE
STARTS HERE ...”
With the strategy to turn R100,000 into R925,388.90 in less than six years.
No matter your age, income or experience.
YES! I want to start my trader life now!
________________________________________


Is it wise buying SA companies considering our precarious economic situation?
Baron Rothschild is quoted as saying "Buy when there's blood in the streets, even if the blood is your own."
And this is apt today. SA’s economy and politics have got most investors down in the dumps. Financial advisers are telling everyone to exit SA investments and buy offshore.
But is that what smart businessmen are doing?
In a recent interview with Whitey Basson (the mastermind behind Shoprite’s 20-year success story), Mr Basson said “I’m confident, the economy is never as bad as they say”.
Ex-PSG CEO and Founder, Jannie Mouton said “If you train your brain to always look at how negative things are in South Africa, you slowly fall behind. But if you focus on the opportunities and not the problems, then you realise this is a fantastic country.”
Just think of the richest man in Africa, Aliko Dangote… His home country Nigeria is constantly under attack by terrorists like Boko Haram and ISIS. The country is more unequal than SA and has its own share of problems – yet Dangote rose above it and has made billions. In short – money can be made ANYWHERE, ANYTIME.
With that said I can sum up that NOW is a great time to invest in SA.
There are many companies that are selling at the largest discounts I’ve seen since the 2008 financial crisis. These companies are managing to grow their market share, and expand revenues slowly. That means there’s value to be found in them irrespective of what all the political and economic noise in SA says…
In fact, I’ve identified a string of locally listed companies that are, or could soon become, takeover targets.
You’ll find all five here…
Here’s to unleashing real value,


The JSE is on sale - and these investors are pocketing big time
Rate this article
Note: 4.1 of 5 votes