The JSE just made a R100 billion error 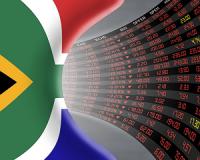 Until Sunday 24 July 2016, economists, local and international investors were investing under a false notion that foreign investors bought South African equities to the value of nearly R100 billion.

Economists were mostly baffled by the figures being reported by the JSE. They could not understand why so many investors were buying up such a large portion of South African listed companies. Some said the 36 day buying spree was the result of international investors looking for high-growth in the developing economies.

The JSE clarified this in a statement.


How the stock exchange made a R100 billion reporting error


Here’s an excerpt from the statement released by the JSE on Sunday...

“It has come to our attention that due to a programming error affecting the manner in which we extract statistical data from our core transactional systems, the non-resident (foreign trading) statistics for the Equity Market for the period 31 May to 20 July 2016, were incorrectly calculated...

“We have taken immediate steps to correct the statistics and we are considering additional measures to avoid a reoccurrence. We recognise the importance of this data to all stakeholders and apologise for the miscalculation.”


The real numbers present a much bleaker picture for local stocks


The computer reporting error dramatically changed the numbers. Foreign investor did not buy R98.10 billion worth of stocks from May to July. The real numbers show that foreign investors were net sellers of approximately R36.4 billion of South African Equities in May and June.

The JSE just made a R100 billion error
Rate this article
Note: 5 of 1 vote