The latest Interest Rate cycle that could end in financial disaster 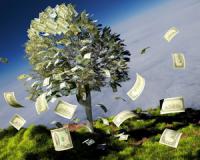 Have you ever heard of the saying, “Those who do not remember the past, are condemned to repeat it?”

Well, humans can learn valuable lessons by looking back at historical events, but choose not to.

And in many cases, we tend to repeat history and make the same mistakes.

Think about how many financial decisions we've made that ended up in economic disaster.

For example, the decision by bankers to sell expensive mortgage loans to people who couldn't afford them, led to the 2008 financial crisis.

That's why today I'm going back in history to explain a historical Interest Rate cycle that many times has ended in financial disaster.

And I believe history is about to repeat itself…

US financial troubles took center stage in the 1970s

Throughout the 1970s, the US suffered from…
All this resulted is stagflation (high inflation & low growth) and consequently, the US was in a recession.
To combat high inflation, the Federal Reserve implemented an economic policy of raising interest rates. This didn’t help alleviate US problems, but only worsened the economic situation.

The following events were a direct results of increased interest rates…

In 1980, there were approximately 4,590 state and federally chartered savings and loan institutions (S&Ls), with total assets of $616 billion.
In 1979, they began losing money because of escalating interest rates. So the many depositors removed their money from the S&L institutions and deposited it in money market funds.
In fact, by 1982, the entire S&L industry was worth virtually nothing.
It finally ended by 1989, but by then, the estimated total cost of resolving the S&L crisis was more than $160 billion.

During the 1990s, the US computer industry shifted its focus from design, manufacturing, and hardware to computer software development.
As expected, this encouraged the creation of many small software start-up businesses (Dot.com companies).
Eventually, many of these start-ups attracted the attention of big venture capitalists who were interested in financing them and getting them listed. The thing was, many of these companies had no real profits. They were just borrowing piles of cash, because interest rates were low.
As you know, the more people spend the more prices rise and inflation eventually kicks in.
So the Feds began a cycle of increasing interest rates to combat this.
By 2000, interest rates were at around 6%. In 1992, they were 2.5%.
Also by 2000, investors realised most Dot.com companies were just hyped up goldmines with real no profits. Consequently, investors fled the stock market causing the Dot.com crisis.

After the dot.com crash subsided, to ease pressure on its economy and consumers, the US entered into a cycle of lowering interest rates.

But the thing is, when interest rates are low, consumer’s run-up plenty of debt, as it’s cheaper to borrow.
Consumers could now afford to buy cars, clothes and houses – which brought us the next major crisis.
Because interest rates were low between 2001 and 2004, banks sold consumers “affordable housing” loans.
More and more houses were bought, so prices went up. Once again, the Feds began a cycle of increasing interest rates.
From 2004 leading up to 2008, interest rates increased from less than 2% to around 5.5%.
As rates went up, repayments on mortgage loans rose and consumers could no longer afford them. And so, the housing bubble burst and markets crashed.
Below is a graph that accurately depicts the three crashes I’ve just illustrated. Why history could repeat itself…
Over the past seven years, the US has been going through another cycle of low interest rates.
However, last year the Feds increased rates by 0.25%.
And it has just increased interest rates to 1%. What’s more, they’ve promised to hike rates at least two more times in 2017.
And as I’ve just explained, history has shown us, a cycle of US interest rate increases usually ends in disaster. So you need to be prepared for the next crash.
So how do you protect yourself from the next imminent market crash
The investment principles to protect your portfolio from a market crash are easier to explain, but harder to action.
To protect your portfolio, you must:
Until next time,
Always remember, knowledge brings you wealth,

The latest Interest Rate cycle that could end in financial disaster
Rate this article
Note: 5 of 1 vote