The Next BIG Investor Backing Bitcoin... 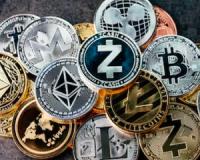 Over the past few months, we've witnessed a number of big money investors and businesses take a keen interest in Bitcoin…

And some major financial institutions like Citibank, Saxobank and Bloomberg backed this up with BIG Bitcoin predictions.

This trend isn't slowing down…

Just last week, another major financial company hinted at the possibility of adding Bitcoin to their investment strategy…
________________________________________
I see this share price doubling in 2021 - A Pharmaceutical and healthcare company that's capturing the entire value chain from medicine and PPE to medical aids, and health insurance.
________________________________________
+$500 million ready to flow into Bitcoin
Last week, an article revealed that Wall Street’s leading asset management firm,  Guggenheim Partners, wants to invest in Bitcoin.
The company filed with the SEC to seek 10% investment exposure in Grayscale Bitcoin Trust – the largest Bitcoin holder.
The fund manages roughly $5.3 billion in assets, making a 10% investment worth about $530 million. That’s a lot of money that could flow into Bitcoin.
This move from Guggenheim could no doubt spark many other funds to look to add Bitcoin to their fund strategies. Many will look to do so through the Greyscale Trust as well.
For Greyscale to facilitate that, it’ll have to get the BTC from the market too. It is after all a Bitcoin trust where the units are backed by the actual Bitcoin.
The recent flurry of investments in digital assets show that companies will keep accumulating crypto assets in the future to take advantage of the limited supply.
We all know there’s a limited number of Bitcoin out there in existence.
Sometime in the year 2140 (it's estimated) all Bitcoin will be in circulation – just under 21 million. Of those, we know that a couple million are in lost wallets to never be recovered.
Maybe at best there will only be around 18 million or 19 million in circulation.
That’s not enough for everyone everywhere to have one Bitcoin.
The thing is, when demand far outstrips supply, what impact do you think that has on prices?
I think you know the answer!
________________________________________
Headline News:
PayPal Makes a Stunning Cryptocurrency Announcement
Soon, you'll be able to buy, hold, and sell cryptocurrencies through Paypal.
With Google, Oracle and Microsoft already playing in this space, this is huge news.
PayPal is one of the most trusted names in online payments with 346 million users.
And as more and more people start adding these digital assets to their wallet...
The profit potential in play will only grow bigger.
This kind of "smart money" could push Bitcoin to $50,000 in the next few years.
So, it’s easy to see why the next millionaires could easily be crypto ones.
Whether you invest R1,000 or R10,000, you could see returns of 1,000% in the coming years.
We're on the verge of a historic run-up.
And there's nothing stopping you from getting your feet wet today.
In fact, I believe some of the smaller, cheaper coins are expected to be just as profitable - if not more so.
So read this now, and you'll see exactly how to get started
________________________________________
The BIG money flowing into digital currencies will only accelerate from here
This is the institutional money I’ve been harping on about for a couple of years now.
This is what big money looks like when it looks to exit the traditional financial system and finds its way into an alternative asset that’s changing the very fabric of global finance.
The future is bright for Bitcoin and alt coins. It’s the reason why I consider them to still be one of the best wealth opportunities for individuals we’ve maybe ever seen before.
If you accept the high-risk nature of cryptocurrencies, you could get your hands on Bitcoin before Guggenheim even finalises its plan to invest.
Don't expect the pace of big money investors to slow down... It will only accelerate from here.
See you next week.
Joshua Benton,
Managing Editor, The South African Investor
Tags: joshua benton, investing, crypto, bitcoin, cryptocurrencies,

The Next BIG Investor Backing Bitcoin...
Rate this article
Note: 3.9 of 5 votes