The Romanian property stock that just delivered 478.49% return and is set to keep on going… 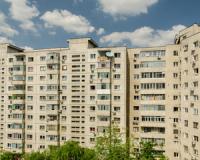 Whenever I hear mention of today's company, the first thought flitting through my head is: “How much does this pundit actually know about the eastern European property market?”

I mean, if you're looking for obscure geographical exposure you've found it. A company that invests in, and develops, shopping centers in Romania, Slovakia and Serbia.

And, yet investors who backed this strange JSE listed vehicle have created incredible wealth over the last couple of years. The stock is up 478.49% over the last 5 years vastly outperforming the All Share Index return of only 61.70%.

What stock am I talking about? New European Property Investments (NEPI) of course.
Five Reasons to consider investing in this eastern European property darling

Reason #1: The macro-story is still pumping

NEPI is 100% exposed to the Eastern European property market. As well as making it a great rand hedge, it ties its fate to the re-emerging ex-soviet state retail property market. As these former communist state free market economies continue to mature, the wealth creation has been nothing short of impressive.

South Eastern Europe is currently growing at an average GDP rate of 3% almost triple the pace of the neighboring Eurozone.

The unemployment rate is relatively low at 6.4% while retail sales growth in Romania, for example, is spectacular: February 2016’s retail sales number came in at 18.40% year on year accelerating the upward trend.

Romania’s GDP expanded at 3.7% in the fourth quarter of 2015 slightly above its long-term average of 3.6%, which dramatically outstrips the Eurozone’s paltry 1.1% growth rate.

Add to this the fact interest rates are incredibly low and inflation is non-existent and you have almost perfect conditions for expanding property prices as investors hunt for yield.

With the gold price running like it is now, his research shows this small South African company is set to hit the motherload.  Francois Joubert's system is telling him its share price could double in the next 12 months but you must act now.

Most Financial Experts Are Too Lazy To Help You Beat The Market! But I can help you! Discover how I find opportunities even the South African “superstar” fund managers miss, including these 3 “below-the-radar” companies I believe could make you gains of up to 113%, 103% and 83% in the next 2 to 3 years. Learn more...

Reason #2: You must back the earnings and distribution momentum

But while the economic conditions might be right, we need to also consider the companies operational ability. After all, while you might not know about the Eastern European property market, you need to be confident company management can deliver.

And this is not a flash in the pan. If you look at the company’s track record over the last five years you can clearly see what’s been happening as of the end of 2015:

•    5-year compound annual growth in distribution, again in euros, of 15%

These robust financial metrics are largely thanks to the continuing strong performance of NEPI’s underlying assets as well as the positive impact of new acquisitions and developments.

How to spot the ‘trap doors’ that’ll send your penny share investment down the drain and the three shares to avoid at all costs today!

Click here to find out what Francois Joubert has revealed...

Reason #3: It plans to keep growing…

This is a company that knows it cannot rest on its laurels. It is actively pursuing investment opportunities in other Emerging European countries in which it currently has no presence. It is widely expected to enter new markets this year. It has a current gearing ratio of 14.6% and management has a stated target of 30%. You can expect this company to be issuing bonds and looking around for new acquisitions.

NEPI invests in A-grade offices and high end shopping centers with solid anchor tenants. It owns around nine malls and nine value centers in Romania, two malls in Slovakia and one mall in Serbia. The company operates in three segments:

•    Retail (80% of rentals), which acquires, develops and leases retail properties

•    Office segment (19% of rentals), which acquires, develops and leases office properties,
and

In 2013 South Africa had roughly the same GDP and retail sales per capita as Romania. The difference was it only had around one-third the shopping centre space as South Africa.

•    Long leases and strong financial covenants with quality blue chip clients. Average lease duration of 5.6 years, while 64% of the contracted rentable area is occupied by large tenants and major franchisees.

•    Quality assets which are easier to re-let.

•    Close occupier relationships where they can assist in understanding changing requirements tenant requirements.

Discover how you can: Get the most BANG for your BUCK with GOLD

Act today - miss this bull market and you'll kick yourself for years to come!

Reason #5: A fantastic future ahead of them

Recurring distributable earnings per share for the year 2016 are projected to be approximately 15% higher compared to 2015. Recurring distributable earnings for the first half of 2016 are expected to be approximately 5% higher compared to the respective period of 2015 due to changes in funding arrangements and timing of completion of developments and acquisitions planned for the first part of 2016.

The company plans to continue its above industry growth trajectory and increasing distribution per share by:

•    Active re-positioning the portfolio by disposing of non-core and lower growth assets when opportune.

How do you get involved in this property gem?

As I mentioned 100% of its exposure is offshore, but this property darling is listed directly on the JSE and you can buy it through your regular JSE share trading account. If you don’t have a trading account yet, check out our preferred brokers list here.

PS.  If you’re keen on discovering other great opportunities to hedge your portfolio then I urge you to join South African Investor. I’ll be presenting some great opportunities at the upcoming Chapter meeting in Johannesburg on 24 May 2016.  You can learn more here.

The Romanian property stock that just delivered 478.49% return and is set to keep on going…
Rate this article
Note: 5 of 1 vote