The Secret to 100%+ Returns Investing in Tech 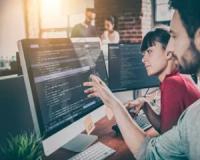 Humans took thousands of years to understand fire, stone tools and the wheel…

But in the 20th Century, it only took us about 30 years to turn the personal computer and internet into two of the most revolutionary inventions in the modern world.

And over the past 15 years, we've gone from a world where only a handful of people had smartphones and DVD players, to a world where billions own a smartphone and use streaming apps to watch movies.

So why is this?

Well, this rapid acceleration of technological advancement relative to our evolution as man, can be explained by a simple, yet powerful idea formed around 30 years ago.

It's called…
________________________________________
Headline News:
PayPal Makes a Stunning Cryptocurrency Announcement
Soon, you'll be able to buy, hold, and sell cryptocurrencies through Paypal.
With Google, Oracle and Microsoft already playing in this space, this is huge news.
PayPal is one of the most trusted names in online payments with 346 million users.
And as more and more people start adding these digital assets to their wallet...
The profit potential in play will only grow bigger.
This kind of "smart money" could push Bitcoin to $50,000 in the next few years.
So, it’s easy to see why the next millionaires could easily be crypto ones.
Whether you invest R1,000 or R10,000, you could see returns of 1,000% in the coming years.
We're on the verge of a historic run-up.
And there's nothing stopping you from getting your feet wet today.
In fact, I believe some of the smaller, cheaper coins are expected to be just as profitable - if not more so.
So read this now, and you'll see exactly how to get started
________________________________________
"The Law of Accelerating Returns"
It originates from Ray Kurzweil, an American inventor and futurist. In the 1990s, he wrote that:
While most things progress linearly, technological change does not — instead, technological change is exponential.
This is called accelerating returns — or "exponential progress".
And it differs from “linear progress” in a massive way.
You see, man’s development has been far more linear…
Here’s a silly example…
Take walking - you take one step, you advance one step. After taking 10 steps, you are 10 steps away from where you started.
But exponential progress — the kind that takes place in innovative tech businesses right now multiplies in power and scope with each step.
It "snowballs" and builds on itself. This means, the progress made in one step is double the amount of progress made in the step that came before it.
In 2001, Ray Kurzweil explained the power of exponential growth:
“In the nineteenth century, we saw more technological change than in the nine centuries preceding it. Then in the first twenty years of the twentieth century, we saw more advancement than in all of the nineteenth century. Now, paradigm shifts occur in only a few years’ time”.
Tech Companies Aligned With this “Law” Have Experienced Exponential Growth
Just consider, over the last few decades, it took an average of roughly 20 years for the typical Fortune 500 company to reach a market capitalisation of $1 billion.
Founded in 1998, Google – now Alphabet (GOOGL) – reached a $1 billion market cap after just eight years.
By 2004, Facebook (FB) arrived on the scene... and hit $1 billion in just five years.
By 2009, Uber (UBER) emerged... and did it in under three years.
In 2012, virtual-reality firm Oculus was formed... and did it in less than two years.
As you can see, it's taking less and less time to generate incredible wealth. And investors have reaped the rewards.
For example, Facebook’s shares have soared from $38 since listing in 2012 to as high as $228. And over the past 10 years, Google’s shares have more than tripled in value.
In short, incredible technology shifts used to take 20 years or more to play out.
Now, they are playing out in less than five years and making investors a fortune.
________________________________________
Just released: 5 Shares set to rocket in 2021… Read this now or miss out on the buying opportunities of the decade.
________________________________________
Up 110% in 9 months thanks to the
“Law of Accelerated Returns”
Today, there are many technological shifts all playing out at once.
One of those is the shift from cash to cashless payments.
Cash has many shortcomings. It’s clunky. It’s inconvenient, easy to lose, and tough to keep orderly. Cash transactions also take longer because merchants have to count change. That’s why banks invented cashless payment methods like credit and debit cards.
Because of this, we’ve already seen consumers pivot gradually from cash to cashless payments over the past few years. This pivot will accelerate over the next decade – in part thanks to Covid-19.
That’s why in February 2020, I urged South African Investor readers to invest in payment processing company Square (NYSE: SQ).
Merchants have increasingly deployed Square’s chip readers, and sales volume through those chip readers have accelerated higher with the cashless payment shift.
What’s more, Square’s shift into crypto has helped the company generated huge amounts of revenue.
In short, the move to invest in companies aligned with this law (like Square) has paid off so far…Since February, Square’s shares have soared 110%!
Another major technological shift playing out today is the move from 4G to 5G. And the companies aligned with this shift are already reaping the benefits.
One of our 5G plays soared nearly 13% on Thursday 05 November off the back of huge growth in 5G sales.
Another one rose 8% on 3 November, after beating earnings and revenue estimates – again thanks to 5G sales.
And the thing is… The 5G revolution has only just begun.
Simply, taking advantage of the “Law of Accelerated Returns” can be your best chance to make great money investing in tech today.
See you next week.
Joshua Benton,
Managing Editor, The South African Investor
PS. And don’t forget SA -  there are exceptional companies selling for massive discounts right now and Francois Joubert, our small cap expert has 5 companies in his sights. You can get full details on these stocks right here.
Tags: joshua benton, investing, crypto, 5g, tech companies,