The US is in recession, or is it? 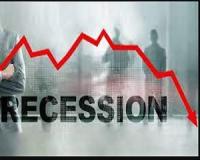 The American economy shrank by 1.6% in the first quarter of 2022, with a second quarter contraction of 0.9%.

This stoked a massive online debate over whether the US economy is in recession or not.

So, what is it, and should we be worried?
What is a recession?
The US National Bureau of Economic Research defines a recession as “a significant decline in economic activity that is spread across the economy and that lasts more than a few months.”

In short – the ‘two quarters of negative economic growth’ rule isn’t a hard rule for defining a recession. It is more a rule of thumb – a straightforward way to define a recession.

An economy can be in a recession WITHOUT having gone into two quarters of negative growth.

That’s what happened at the start of the covid pandemic.

A formal recession was declared during the coronavirus pandemic in 2020, but it lasted just two months and was not characterized by two quarters of negative GDP growth.

But the typical economics textbook tells us that two quarters of negative economic growth is a recession.

So why is there such a debate over whether the economy is in recession now?
So firstly, it is a political thing… One political party doesn’t want to be ‘responsible’ for a recession, while the other wants to use it against its opponents.

That’s only the one side though.

This ‘recession’ (I am calling it a recession; we can also feel it in South Africa at present) is different than ones in the past.

Secondly – while some parts of the economy are struggling – unemployment in the US for instance has been IMPROVING despite negative growth. Whilst usually during a recession unemployment soars.

The economists there argue that the low unemployment rate and increasing real consumption of goods is still positive and not indicative of a recession.
Similarly personal income in the US is rising, unlike the falls normally seen during recessions.

It is not a consequence of a loss of confidence in the financial system. It isn’t because of a crash in economic activity. And despite the economy shrinking – it is more likely a sign of rampant inflation.

You see, the high inflation is happening for a number of reasons:

•    Lack of labour and productivity following Covid – In the US and Europe people received large grants and unemployment benefits during Covid. This caused an incentive NOT TO WORK as they were getting good money for sitting at home. Because of this many people didn’t return to the workforce once economies opened. So, factories and businesses couldn’t return to optimal productivity. Or they had to pay a premium (in salaries or buying new equipment) to keep the doors open. Not only this, but often new employees now entered the workforce. This means lower productivity as experience and skills were lost and new employees take time to be upskilled.

•    Supply chain issues: Everything in the world is connected these days. Factories closed during covid. Once they opened – they tended to work through all their inventory. But suppliers down the line had also closed during covid. So, this created a situation where the downstream suppliers often couldn’t supply (or couldn’t supply enough to upstream suppliers). Causing shortages of goods. These shortages increased inflation past what it should’ve been under ‘normal’ circumstances.

•    High commodity prices – Because so many factories had to restock inventory overnight – there’s been immense pressure on commodities. So, prices went up. And, because of supply chain issues businesses have now started increasing inventory on hand, to ensure they don’t get caught with the same problem again. And this has put even more pressure on the supply of commodities. The war in Ukraine, with pressure on oil and Agri-commodity prices haven’t helped.

Anna Wong, chief US economist at Bloomberg Economics recently said that: “The risk of a self-fulfilling recession—and one that can happen as soon as early next year—is higher than before. Even though household and business balance sheets are strong, worries about the future could cause consumers to pull back, which in turn would lead businesses to hire and invest less.”

As I said – the recession we’re facing is different to past ones. As the economy isn’t all doom and gloom. It’s more like a car backfiring while pulling away from a stop. And a few small fixes can recover things rapidly.

South Africa had a great first quarter, but the second quarter locally was negative.

It is likely, especially with our high inflation, increased interest rates and loadshedding that the third quarter of 2022 will be negative leading us into a recession.

I expect we will exit the recession again in the fourth quarter.

But the easy recovery post covid has now happened. And for South Africa to grow from here on forward our electricity shortages have to be fixed…

The benefit is that – if the global economy recovers rapidly, it leaves opportunities for SA businesses. They just need to make sure they can keep the lights on amidst loadshedding!

What do I invest in, in a recession?
My choice opportunities are companies like Merafe, Clientele, Bell Equipment and Argent. Low debt levels, big profits despite the pandemic and a strong source of revenue characterises all these companies. If you’d like to know what I’m recommending my readers buy now, then go here.