The Year that was - The biggest winner of 2016 was the Rand!

by Guy Algeo is Director of Prodigy Asset Management., 22 September 2017 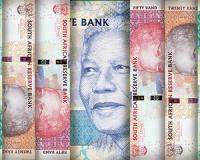 2016 has been a year many will quickly forget, but for the shock results of the Brexit vote and the US elections; it was a year where many cans were kicked down the road.

Global growth remained benign and potential silver-linings have yet to gain material traction because of lingering uncertainties such as the future US foreign policy, the tensions in South East Asia, lingering debt problems in Europe and lack of traction in Japan.

Resources had a reasonable year, up 26% while industrials fell 10% and financials 1%, after putting in a late rally in December.

Globally, the S&P500 gained 9,5% on the Trump rally, while the UK market rose 14% on the back of a weaker currency. Commodities had a good year led by Oil and Natural Gas up more than 50%.

The biggest winner for the SA markets was undoubtedly the Rand


It strengthened by 11% against the USD, 25% to the Pound and 14% against the Euro. This rally has confounded many as it coincided with much political wrangling and weak economic numbers.

Financial trends to watch in 2017

These Platinum stocks are playing catch up – Buy Buy Buy

Late last year we were looking for a bounce in Platinum; we picked the bottom at $910, it is now at $980, but the platinum stocks have done very little. 2016 was a year in which base metals performed, 2017 could see precious metals catch up. Be overweight platinum stocks in 2017; Buy Impala, Lonmin and Amplats at current levels.

Naspers produced strong results in November, but has been knocked on the growing divide between the US and China. NAV is at an all-time high, but the share price is off 20%. For the first time in many years, it now trades at a discount.  The business model for the social media and gaming business is growing well and our view is that this trend will continue. The see-through PE is far more reasonable, Buy for a rally to of 30%.

The company was building up some momentum and positive earnings, but was knocked back to the R80 level on Brexit concerns. Last year the Rand weighted on foreign earnings, but results showed growth in constant currencies. The current share price offers good value on a PE of 10x and Dividend yield of 5%. Investec likes buoyant markets, but at these levels can be accumulated. We expect 25% growth from them in 2017.

Anglo American, climbed 182% in 2016, the rally in base metals and disposal of non-core assets has focused the balance sheet. Dimond sales improved nicely. After a run like that and our outlook for Platinum, we would switch to Amplats.

Lewis’ Recent Rally is running out of steam!

After running over 30% in the past two months, Lewis share has been hit with profit taking. The share is down from its recent highs and should trend back to R30.
Credit retailers are experiencing headwinds due to consumers focusing their salaries on necessities rather than furniture and other big ticket items. Sell at R38 or above.
P.S. Whether you’re looking for stocks for the short, medium, or long term FSP Invest has got you covered…
Discover the 5 penny shares set to rocket in 2017 here.
Looking to retire in 10 years or less or simply build your nest egg, then you need to read this
Scared about having your eggs all in one basket, then these perpetual income stocks both local and global will guarantee you a nice income during retirement.
Guy Algeo is Director of Prodigy Asset Management.
Guy@prodigyam.co.za