These small caps are shooting the lights out 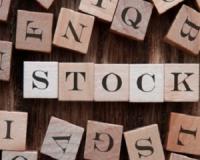 For the past two years I've continuously told investors that South African small cap companies present much better opportunity than most large cap stocks do.

But this outperformance has just started.

And right now, there are three small companies that based on their latest results I want to reiterate... are REALLY good buys.
________________________________________
No ordinary stock recommendation…
We do go on about the state of the economy and financial markets.
But as an investment publisher, our bread and butter is investment recommendations.
When it comes to ‘stock tipping’, you need to be prepared to lose money if you’re wrong. No matter how much research you do.
Every now and then, though, a stock recommendation comes across my publishing desk for signoff that REALLY gets my attention.
This is just such an occasion.
________________________________________
Three small cap companies that have just reported smashing results!
Small Cap Stock #1 – The tiny company taking on a R100 billion behemoth
AfroCentric (JSE: ACT) is a little-known JSE based healthcare company. While it has a market cap of only R3 billion compared to Discovery’s R100 billion, it administers MORE lives within its medical aid schemes than Discovery does (3.8 million compared to 3.5 million)!
On 9 March 2021 Afrocentric announced results. The company increased revenue by 25.3% to R3.898 billion.
Operating profit shot up 16.5% to R511 million, and headline earnings per share came in 10.9% higher at 26cps.
Based on these results, Afrocentric is on a PE of around 8.8 compared to Discovery at a PE of 1054!
Small Cap Stock #2 – The home security company that’s going global
We all know Trellidor – the home security company that’s become such a necessity for daily life in South Africa.
What you might not know is that Trellidor has moved offshore as well.
What’s more – it actually won the contract to secure London’s underground train network thanks to its amazing security doors.
Trellidor released interim results for the six months ending 31 December 2020. The company saw a 2.5% increase in revenue for the six months.
Headline earnings per share shot up 19.5% to 30.6cps. That means the company’s 265c share price equals a PE of only 8.66 based on INTERIM earnings. If the company repeats these earnings for the full year it will be on a rock bottom PE ratio of only 4.33.
It has also declared a 10cps dividend which has a last day of trade on 29 March 2021, and a payment date of 6 April 2021.
Clearly Trellidor is doing well, and it’s even sharing some of these profits with shareholders via its dividend. I really like this stock, and I like its rock bottom share price more!
To learn more about Trellidor and the 4 others I think are your best investments in 2021 then you need to read my latest report here.
________________________________________
PickPocket Trader is Cooking!
In Jan and Feb, this year Pickpocket Trader closed four winning trades in a row. That’s an incredible 228% cumulative gain in less than 2 months.
And they are closing in on their 5th winning trade as I write….
________________________________________
Small Cap Stock #3 – A small packaging company with a big track record
Bowler Metcalf is a small JSE listed packaging company.
The company hasn’t skipped paying a dividend since it started paying in 1992.
In its latest results, released mid-February 2021, the company again had a great set of results.
Revenue increased by 12%, profit from operations shot up 34% and headline earnings increased 26% to 67.6cps for the six-month period.
What’s more, it announced an interim dividend of 19.4cps – up 14% from the previous year.
Post covid the stock will definitely see an extra boost to profit – even if purely from the point of view it will no longer need to pay the additional costs of doing business during the pandemic (with things like sanitizer, screenings etc in its factories.)
These are three small cap stocks that really excite me right now – but they are certainly not the only ones…
This is a very exciting sector to invest in right now, so if you want to know what to buy and when to get in, then I urge you to join Red Hot Penny Shares today, you can try it risk-free for 30 days right here.  And get my 5 top plays for 2021 absolutely free!
Here’s to unleashing real value
Francois Joubert
Editor, Red Hot Penny Shares
Tags: francois joubert, investing, small caps,

These small caps are shooting the lights out
Rate this article
Note: 5 of 5 votes