Think a pandemic and recession can stop the tech market's growth? Think again… 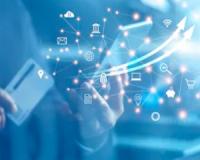 Tech stocks may have been battered again…

But there's a growing optimism in corporate America - especially in tech.

The recent big acquisition announcements in the industry prove this…
________________________________________
URGENT:
5 Must-Watch Stocks for the 5G Boom
You’re about to discover…
• Why 5G is one of the most important developments in human history
• 5 things you must know if you want a chance to get rich with 5G
• 5 companies that could play a crucial role in the 5G boom
You can dive into the details here.
________________________________________
Acquisitions fuel growth, which is good news for share prices
CEOs look for opportunities to snap up other companies when they believe the market is mispricing an opportunity.
Those executives are hoping that through consolidation, they can leverage the old and new company platforms to expand profits and reach.
Tech giants Alphabet (GOOGL), Facebook (FB), Amazon (AMZN), Microsoft (MSFT), and Apple (AAPL) have all used consolidations to fuel growth.
Facebook alone has acquired 90 companies. Many of those were early stage start-ups. But Facebook recognised the opportunity and revenue potential down the road.
The most notable of those was its $1 billion purchase of Instagram back in April 2012. At the time, Instagram - which lets users share photos - was one of the most downloaded apps. It had more than 30 million users on the iPhone.
Last year, Instagram generated more than $20 billion in advertising revenue. It's now estimated to be worth more than $100 billion.
So in roughly eight years, Facebook's investment has paid for itself many times over and is worth around 100 times what it paid for the company.
Microsoft is another company who has fuelled growth through acquisitions.
For example, Microsoft bought a company called Forethought for $14 million, back in 1987. Forethought developed a slide-based presentation product that we now know as PowerPoint.
The suite of Office products - which includes PowerPoint - generated more than $31.7 billion in revenues last year.
Since then, the company has made 225 other acquisitions. Notable additions include Skype, LinkedIn, Visio Corporation, among others.
The point is, those acquisitions have fuelled growth and opportunity. And simultaneously made investors great profits.
________________________________________
Get ready for the next revolution in Crypto!
“If you want to cash in on the next crypto boom – read this report as fast as you can!”
To make it impossible for you to miss out:
1. It’s FREE
2. Read on to claim your copy now!
________________________________________
It’s no wonder why tech companies are snapping up opportunities in the midst of a recession and pandemic
For example, Semiconductor designer Nvidia (NVDA) announced it would acquire chip-design firm Arm Holdings for $40 billion.
Arm designs microprocessors that power roughly 90% of the world's smartphones. It's designs reduce power consumption and increase efficiencies. So this is a big deal for Nvidia.
Also worth mentioning:
1. Telecom carrier and 5G play Verizon disclosed plans to snap up pre-paid wireless services provider TracFone for up to $7 billion.
2. Uber agreed to acquire food delivery business Postmates in a $2.65 billion all-stock takeover. The deal will bring together two of the biggest food delivery companies in the US and will bolster Uber's own Eats brand.
3. Hewlett Packard Enterprise picked up Silver Peak for $925 million. Founded in 2004, Silver Peak specialises in wide area network (WAN) technology.
4. Amazon will acquire the self-driving vehicle company Zoox for a reported $1.2 billion in June.
5. And Oracle announced it would partner with video social-media app TikTok to ease the White House's security concerns.
In short, these CEOs are thinking about where the game is going and not where it has been. They're in the business of growing and moving forward, not back.
So the latest commitment to such large deals should tell us volumes about where the economy and tech market is headed going forward.
That should support a rally in tech stocks going forward.
As investors, we must also think forward and use these downturns to pick up more tech shares that will revolutionise the world in the future.
That’s what I’m doing today and so should you.
See you next week.
Joshua Benton,
Managing Editor, The South African Investor
Tags: joshua benton, investing, 5g, alphabet, facebook, amazon, microsoft, apple

Think a pandemic and recession can stop the tech market's growth? Think again…
Rate this article
Note: 5 of 1 vote