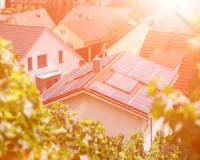 Load shedding has been a headache for us all.

If you hoped it would end thanks to maintenance Eskom did during lockdown - you were disappointed. As our economy has been opening up we've sporadically had load shedding, with a turn very close to the highest amount of reduced supply in SA's history.

But private companies have been limited in providing solutions due to difficult licensing processes for projects larger than 1MW.

This could signal the end of load shedding - and a boost to private business in SA
Rate this article
Note: 4.17 of 3 votes